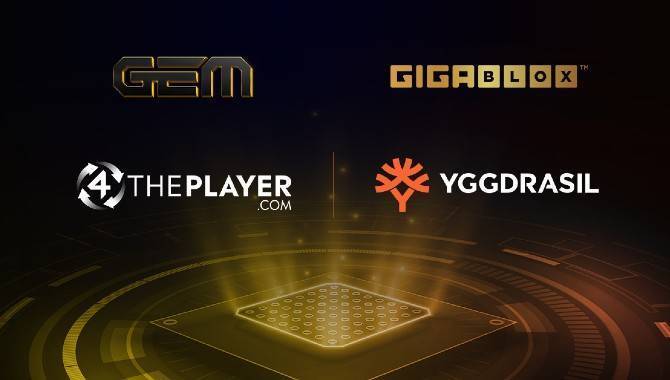 Through GEM, 4ThePlayer will incorporate the proven mechanic into its game development process significantly increasing player engagement and retention levels as a result.

4ThePlayer joins Peter & Sons, Reflex Gaming, DreamTech Gaming and Bang Bang Games in signing up to the GEM offering with the first games incorporating the mechanics expected to be released later this year.

In addition to Gigablox, Splitz and MultiMAX are also available to partners to use as part of the GEM offering with more mechanics to be added soon.

Stuart McCarthy, head of partner programs at Yggdrasil, said: “Our mechanics significantly elevate the games incorporating them and add new levels of excitement and engagement that will have players coming back for more.

“We are excited to expand our partnership with 4ThePlayer and to see them release games using Giglablox which will strengthen their existing portfolio.”

Chris Ash, founder and business development director at 4ThePlayer, added: “Innovation and entertainment are key elements for us when we're creating new games, and you can find both in Yggdrasil's impressive Gigablox mechanic.

“We already have an exciting concept for a Gigablox game and look forward to releasing it later this year.”