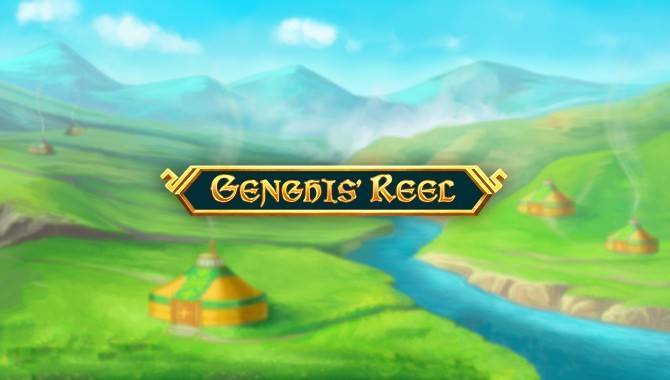 14th April 2021 - The great conqueror stole lands and riches for years, now it’s time for the players to part his endless loot.

His name alone is enough to reminisce victories and power, a name that crossed centuries but never lost its charm. It could not be any different when we’re talking about Genghis Khan, the greatest conqueror. Genghis’s Reel reprises the myth of the man who created the largest empire in history, delivering winnings that perfectly fit with the character’s fame.

The Mongolian grasslands greet the player and enchant him with soft music that gets more and more intense as the winnings and loot increase, waiting to be parted. It’s Genghis Khan himself to award who’s loyal to him, donating riches every time he appears on the reels, while the eagle and the King lead to even bigger winnings.

What’s great about this game is that it mirrors the greatness of the character who inspired it. Genghis’s Reel is a 5x3 slot with 10 winning lines enriched with countless functions that keep the player hooked. At every play Wild, Expanding Wild, Free Spin and Multipliers can appear to deliver endless rewards.

First of all, in this slot there’s not just the classic Wild symbol, but also the chance to expand it, making the whole reel function as a Wild. There’s then the chance to win up to 7 Free Spins, but the surprises are not over. Because if during the Free Spin the Wild symbol appears on the first reel, two additional symbols in any position will be turned into Wild.

To add even more emotions, in the end, there are multipliers that can increase the winning x2 or x4, and the distinctive trait is that the symbols of the winning line, after paying, are cut in half, leaving their spot to others that can compose new combinations to gain additional prizes.