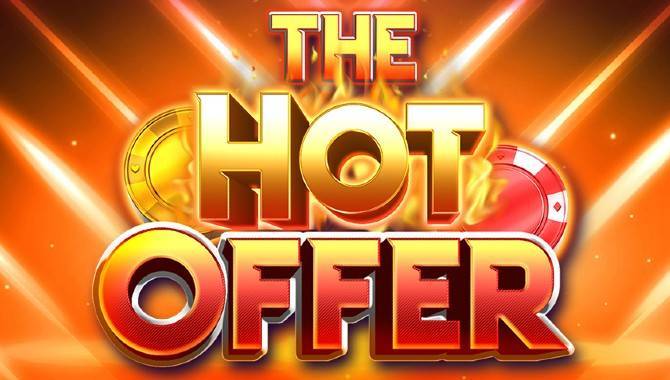 10th May 2021 - Yggdrasil, the leading worldwide publisher of online gambling content, and Bang Bang Games have teamed up to release scorching new hit, The Hot Offer.

The game takes a classic Cash on Reels mechanic and adds an interactive twist on the 5x3 reels. In a manner reminiscent of the hit game show Deal or no Deal, cash chips land on the reels, each with either a shown or hidden value. If five or more chips land, the Hot Offer feature is triggered.

This gives players the chance to take an offer where the game will supply an instant cash prize, or take the chips. Players can land the Mystery Chips to reveal if they beat the house, or the Mega Chips that are worth up to 2,500x stake.

Not only do players have the chance to win huge sums from random chips, but every 25 chips that land will result in a Chip Up being triggered, raising the value of the symbols in play.

To trigger free spins, players must land three bonus symbols, which sees the reels heat up and offer double rewards for both line wins and chip value. Mega Chips are also doubled in value, with the square symbols able to offer up a staggering 5,000x stake.

“Bringing an innovative interactive approach to the slot and plenty of features, we’re delighted to facilitate the creation of another great game.”

Frank McPolin, Managing Director at Bang Bang Games, said: “The Hot Offer puts player’s destiny in their own hands with interactive choices and huge win potential. Containing numerous features, players will need to keep cool heads as the reels heat up in this thrilling title.”