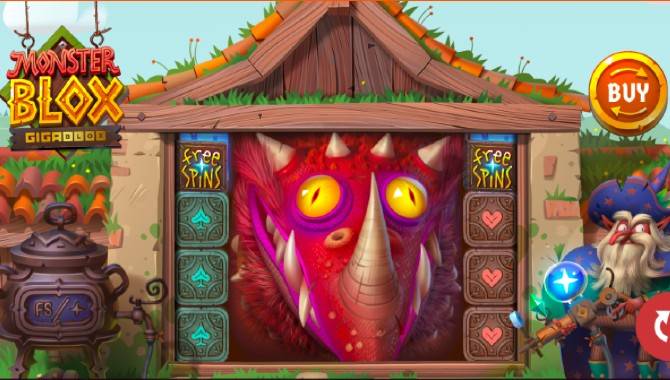 The 6x4 slot, with the boutique studio’s unmistakable art style and the popular cascading wins mechanic, sees heroes gather at an old tavern as they plot to hunt down monsters that threaten their land.

Incorporating the popular Gigablox™ mechanic, the game sees a giant symbol land on every spin, from 2x2 in size to a mammoth 6x6.

Up to three wilds can randomly appear on any reel, while every win in base play awards a respin. During these Monster Respins, an additional row is added which can continue if a successful respin occurs, up to a massive 6x8 grid. Respins continue until no win is possible, while random wild placements can be awarded.

In base play, a hunter can transform any symbol into wilds, including Gigablox™ ones. This Wild Bounty modifier can also occur in respins and free spins as well.

Monster Free Spins mode is triggered when five or more scatters land on a single spin. This sees the game grid expand to a 6x8, 100 payline grid, with each scatter that lands during the bonus round adding an extra free spin, while also charging a meter that increases the monster multiplier at certain levels, up to 10x.

Stuart McCarthy, Head of Product and Programs at Yggdrasil, said: “Monster Blox Gigablox™ brings another epic adventure to our YG Masters offering, needing the bravest in town to fight off some fearsome beasts.

“Using the Gigablox™ mechanic, along with both a respins and free spins mode, Peter & Sons are again able to create something truly unique in their eye-catching style. We can’t wait to see how players across our network react to it.”

Yann Bautista, Business Development Manager at Peter & Sons, said: “Monster Blox Gigablox™ is another forward-thinking, action-packed hit from our team and we’re very proud of it. With guaranteed wins in free spins and a lucrative respins mode, every spin can lead to huge wins.

“It is another exciting game released as part of the YG Masters program and we’re eager to continue achieving milestones together. We’ve enjoyed a strong relationship with Yggdrasil and we see the opportunity to utilise its high-performing frameworks strategically throughout our roadmap.”