Esports betting company GG.BET has teamed up with Dota 2 commentator and analyst Andrew “Jenkins” Jenkins. As part of this collaboration, Jenkins will be organising special shows and making videos, as well as hosting streams on his Twitch. 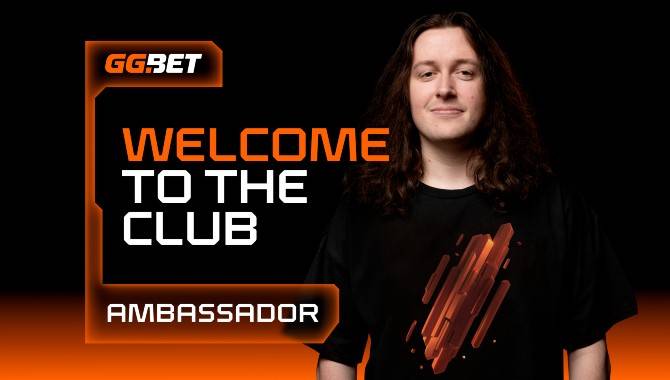 Esports betting company GG.BET has teamed up with Dota 2 commentator and analyst Andrew “Jenkins” Jenkins. As part of this collaboration, Jenkins will be organising special shows and making videos, as well as hosting streams on his Twitch.

GG.BET continues to support the best esports talent around. The betting company has signed an agreement with esports content creator, commentator, analyst, and professional Dota 2 player Andrew Jenkins, known to fans of the game as the “funniest creator of 8K MMR content”.

GG.BET's new brand ambassador will be hosting unique streams and shows featuring special guests on his Twitch channel, organising competitions with his viewers, and hosting show matches involving a range of teams. Jenkins's viewers and subscribers will be able to take advantage of exclusive offers from GG.BET.

On 8th of September, followers of Jenkins’ Twitch channel will have the chance to battle it out for some amazing prizes from GG.BET by predicting the winner of Herald replay.

Then, right after the TI Regional Qualifier, 19 September will see the first episode of the Secret Immortal show released with the support of the betting company. During the stream, a guest Immortal will fight among nine Heralds. Participants and viewers of the show will have to find the “impostor” and try to figure out which of them is actually a professional Dota 2 player.

Andrew Jenkins: “I’m delighted to be an ambassador for a brand that puts so much effort into the growth of esports. GG.BET and I have a lot in common: a genuine love for Dota 2, a desire to create high-quality content, and a huge audience of esports fans. Together, we’ll be able to show a whole new side of Dota, to amaze seasoned veterans and draw in some new blood. We’re cooking up a lot of content, including on- and offline activities. We’ll be playing Dota 2 together, having a great time, drinking some diet cola, visiting some awesome events, and playing Pudge in mid.”

Jenkins has two YouTube channels and a Twitch channel with a combined total of 350,000 subscribers. He regularly analyses and comments on major esports tournaments, such as PGL, ESL, and The International. Besides this, Andrew is an active professional Dota 2 player and currently plays as an offlaner for North American team Arkosh Gaming under the nickname Gremlo.