GG.BET has joined forces with the legendary Torte de Lini to help the gaming community develop and grow! Under the terms of this sponsorship deal, Michael Yossef Cohen-Palacios will keep on maintaining guides and take part in creating exclusive Dota 2 content. 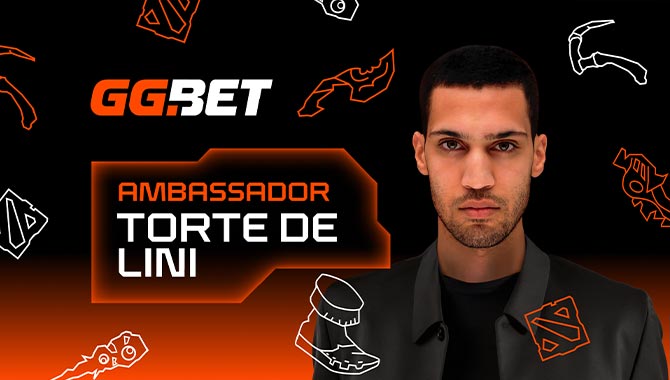 Michael Yossef "Torte de Lini" Cohen-Palacios is the creator of the in-game character guides used by 86% of Dota 2 players. His Standard Hero Builds Project, founded in February 2013, now reaches over 512 million players, while Torte de Lini guides are used by Dota 2 developers and the winners of The International.

With the support of GG.BET, Torte de Lini will release a series of in-game guides in collaboration with Top Tier esports players. The guidemaker will share his experience and knowledge of game mechanics in exclusive vlogs. He will also take part in analytical shows and conduct educational streams with esports talents on important social issues, including responsible betting.

Dmitry Voshkarin, CEO of GG.BET: “Ask any Dota 2 player how they go about boosting their game, and you’ll definitely be hearing about Torte de Lini guides and long hours of training. We’d be willing to bet that Torte de Lini is at the top of everyone's list of guidemakers. We’ve watched Michael's work with great enthusiasm over the last decade, and the importance of what he does for the gaming community cannot be overstated. In partnership with Michael, we will continue to invest our efforts in supporting Dota 2 fans and the entire gaming community.”

Michael Yossef "Torte de Lini" Cohen-Palacios: “I’m glad to have GG.BET provides support to my efforts to serve the Dota 2 community with my guides. To find a partner who genuinely believes in this passion project and is excited about Dota 2 is a rarity that I'm thankful to have encountered. I'm looking forward to not only being able to continue my dedicated service but also to working more closely with GG.BET in providing additional value to the game and esports scene.”