Malta Week ’22: kickstarting discussion with some of the leading minds in the gaming industry

Following previous success in scouting big names from the industry, it’s full steam ahead toward our next flagship event: Malta Week ’22. With years of experience and leveraging industry connections, the SiGMA team is fully trained to seek out the best speakers to keep you motivated and inspired throughout the conference. Below is a list of some of this year’s SiGMA speakers who you will get to meet during the show: 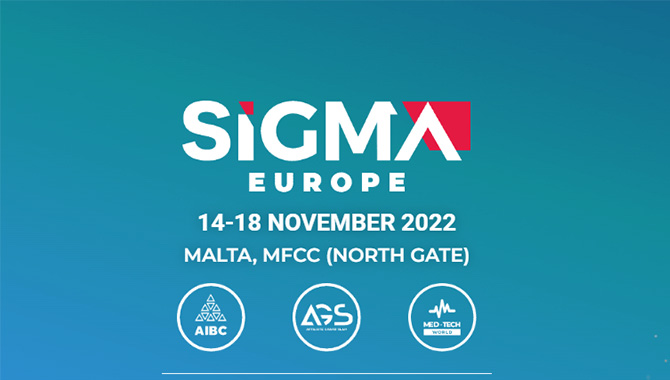 Since 2020, Hon. Robert Abela, a politician and lawyer from Malta, has held the positions of Prime Minister of Malta and Leader of the Labour Party. He was elected to Parliament in 2017 and is the son of former President George Abela. At the age of 40, he won his first election to the Maltese Parliament after running in the sixth district, which includes Siggiewi, Luqa, and Qormi. Additionally, he provided legal advice to Prime Minister Joseph Muscat, which allowed him to attend Council of Ministers meetings.

Carl Brincat is the CEO of the Malta Gaming Authority. Brincat, a lawyer by trade, joined the MGA legal team in 2014. He took involved in the legislative reform of Malta’s gaming sector, which resulted in the establishment of a new regulatory framework. Brincat was one of the front-runners to replace Heathcliff Farrugia because of his connections in the government and his significant involvement in the new gaming regulatory framework as one of the primary drafters. He also had the benefit of knowing the new framework well. Carl Brincat will feature in our next SiGMA Magazine coming out in time for the big November show. Keep an eye out for Magazine distributed during Malta Week.

Stephen Henna is a forensic accountant with extensive expertise and legal training. In 2016, he established Corporate Advantage Group. Since then, he has successfully completed a number of forensic projects for millions of dollars. The commission and its members will benefit from Stephen’s expertise in forensics, technology, and growth strategy as the director of global strategy and partnerships at ESIC.

Enrico Bradamante, who had a lengthy corporate career, formed iGEN, a trade organisation that represents the iGaming sector in Malta. He is now an entrepreneur and a PR representative. Enrico has extensive expertise in the automotive, IT software, IT hardware, consumer electronics, and gaming industries. This experience includes Sales & Marketing, Strategy, General P&L Management, B2B & B2C, Online and Retail. He began working with NetEnt in 2012 and was in charge of the company’s revenue growth until he resigned as the managing director of NetEnt Malta Ltd. in 2018.

Alex Bornyakov: Deputy Minister of Digital Transformation of Ukraine on IT industry development

Alex Bornyakov was appointed as the Deputy Minister of Digital Transformation in October 2019. Since then, he has worked to develop the Ukrainian IT sector and make it lawful for domestic and foreign VASPs to establish their companies in Ukraine. He has more than ten years of experience in the field of IT management and has founded and managed a number of successful businesses and startup incubators, such as the American video monetisation platform Adtelligent and the outsourcing firm Intersog, which was listed in Clutch’s top five app developers in Chicago and the top ten best employers in Odessa. He was named Best CEO/COO — IT BIZ AWARDS 2015 in 2015, and in 2016 he was listed among Ukraine’s top 25 trailblazing business executives. He holds an MPA and an MBA from the University of New Brunswick (Columbia University).

Ron Segev is a founding partner of Segev LLP, a full-solutions business organisation with specialisation in technology, commercial, regulatory, compliance, M&A, finance, and securities law. Segev LLP is known internationally as a prominent gaming and betting law firm. The gaming practice at Segev LLP is a subset of the firm’s larger interactive entertainment practice area, which also provides legal services to eSports organisations, studios, publishers, and other businesses across the board. Look out for SiGMA Magzine issue 20 on Malta Week’s expo floor where Mr. Segev will feature his exclusive piece on crypto casinos.

Minister of Finance Hon. Javier Fransisco Antonio Silvania is heading the Ministry of Finance of Curacao. He is confident that the island’s gaming sector can develop into a new significant economic component. Working closely with the Curaçao land-based casino industry regulator, the licencing authority for all lotteries, charity bingo, charity bon ku ne, and the licencing authority and supervisor for online gambling, Silviana plays a significant role. He also assists in monitoring the Curaçao gambling industry’s adherence to rules and legislation surrounding anti-money laundering and preventing the funding of terrorism.

The Malta Gaming Authority’s head of law and enforcement is James Baldacchino. Baldacchino will give our delegates a summary of the legal framework that, in terms of gaming, controls the key AML and MLRO responsibilities. He oversees the Legal division and offers assistance and counsel on legal matters to MGA entities. His primary responsibility is to guarantee that current rules and regulations are followed.

Pontus Lindwall is the Chief Executive Officer and President of Betsson Group. In addition, Lindwall serves on the boards of many Betsson Group firms as well as Net Entertainment, Nya Solporten Fastighets AB, Mostphotos AB, and others. He has worked with the Betsson Group since 1991 and is the founder of Net Entertainment (NetEnt), as well as the CEO and President of Cherryföretagen. He has extensive experience in the gaming industry, both offline and online, as part of his background. Lindwall has an engineering master’s degree from Stockholm’s Royal Institute of Technology (KTH).

One of the first European countries to regulate the gaming sector, Malta is a hub of global business. The island is an obvious choice for SiGMA’s presence in Europe and a strong foundation for the field’s future. With a plethora of prospects for both investors and entrepreneurs looking to shape the future of this multi-billion dollar business, Malta Week will bring together industry giants among the affiliates, operators, and suppliers of the gaming sector.