Japan: A recipe for success 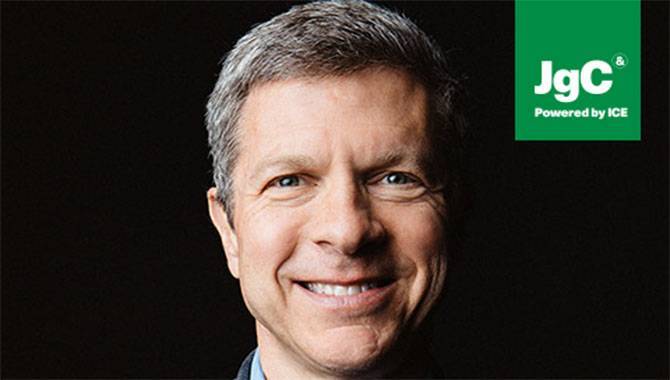 As Japan prepares for the arrival of three integrated resorts from 2023, fine dining executive Tom Kaplan shares his insights from more than 30 years in the IR business

Japan’s strategy to introduce integrated resorts into the country from 2023 has gathered momentum this month with major operators entering the race for one of just three licences.

Among the most likely front-runners are Las Vegas Sands and MGM, the longstanding partners of fine dining brand Wolfgang Puck, which has run restaurants out of their resorts for several decades.

Central to the launch of those restaurants was senior marketing partner Tom Kaplan. Integral to the Wolfgang Puck business for 37 years, he is a passionate believer in the power of taking a holistic approach to integrated resort ventures.

“It’s not about Wolfgang Puck, or the Spago or Cut brands, being the most important thing. It is understanding that our presence is to enhance the value of the property, not to promote ourselves,” he explains.

This is a lesson learnt over more than 30 years of partnership with major hotel and casino brands. Opening it’s first restaurant in Beverley Hills in 1982, Wolfgang Puck has gone on to establish 26 restaurants in six different countries.

The forerunner to the collaborative relationships the group takes such pride in today, was a partnership with a Kimpton Hotel in San Francisco in the early 90s.

The Prescott was looking to take on the city’s burgeoning fine dining scene, raising itself above the expected standard for a lifestyle hotel brand at the time.

Enter Wolfgang Puck who, with Kaplan’s help, opened Postrio – a restaurant operated through a management agreement between Wolfgang Puck and the hotel.

To begin with the kitchen was the only element under the fine dining group’s control but it soon became apparent that for the arrangement to work front of house had to be included too. It was the beginning of a raft of similar deals, which are still operating today.

Excitedly recalling the project, Kaplan says: “Eventually, to get a reservation at Postrio you had to stay at the hotel – it wasn’t a requirement, but you were guaranteed a reservation if you did”.

The management agreement has moved on since then, with MGM and Sands both providing 100% of the start-up capital for their Wolfgang Puck restaurants and retaining full ownership, while the fine dining group takes a percentage of gross revenue for use the name and management alongside incentive fees that have varying structures.

“Our model is a restaurant licensing and management agreement, whereby we license our name and brand and extend our management company to operate seamlessly with whatever brand the owner of the hotel agrees upon”, says Kaplan.

“We’ve always been very proud that, even though they own the asset, Sands and MGM don’t have to spend a lot of time running it. We bring our key culinary team members and key front of house operators and augment that with their staff and local staff.

“We operate to standards that allow for a seamless transition and then the Los Angeles and Las Vegas based corporate team will travel out, typically quarterly. Wolfgang will also visit. So, unlike some typical licensing deals where a company just licenses their name, we are actively involved.”

The formula has been honed over decades so Kaplan says, while he’s not complacent, he has few concerns about the prospect of entering Japan in the future.

Wolfgang Puck operates both its Spago and Cut brands at the Marina Bay Sands Resort in Singapore, where corporate chef Josh Brown has been in situ since the outset.

He and operations partner Alex Resnik were, and remain, key to establishing both restaurants, which Kaplan says would be similar to any future Japanese venture.

Resnik, who has been with Wolfgang Puck for 20 years, is responsible for setting up all international operations, including the opening of restaurants in London and the Middle East and would almost certainly oversee the group’s integration into a new resort in a Japan.

Kaplan says the group is yet to make extensive preparations for Japan, as licences have not yet been awarded, but the country is in the DNA of the Wolfgang Puck Group.

It already has brand extensions in Japan through Wolfgang Puck Worldwide’s more casual franchises. Meanwhile, there has been a Japanese head chef, Tetsu Yahagi, at Spago Beverley Hills for the last 15 years.

Yahagi is part of a tradition of Asian influence within the group, Kaplan explains. He remembers that shortly after Spago opened in the early 80s, a Tokyo-based restaurant group called WDI opened anunathorised replica of the Beverley Hills restaurant.

Situated in Tokyo’s Roppongi district, the restaurant mimicked every detail of the original venue but was unable to recreate the food. “Rather than get in a lawsuit with them, they came to us and said ‘ok, we’re sorry we did this but now we want to work with you’”, Kaplan recalls.

“We provided a chef and a manager to help them. And the chef that they had hired originally came to Los Angeles, fell in love with our pastry chef and never went back to Japan”.

It’s a romantic anecdote, but HiroSone went on to become Spago head chef for several years, leaving a marked influence the group’s cuisine to this day.

As such, Kaplan says the group is armed with an innate understanding of Japanese taste and culture. It acquired yet more insight from the Japanese franchises and from its operations in Singapore, and to a lesser extent some research into the market in Macau, where the group is not yet present.

“We will stick to our playbook because we do believe it will work, with enhancements from the region”, he explains. “We already do wagyu and sashimi at Cut, which is not what people expect. So we will do that, not to compete with but to be synergistic with the region.”

Unlike China, he points out, Singaporean and Japanese residents are receptive to western cuisine, making Wolfgang Puck’s fusion of eastern and western traditions particularly well suited.

For others looking to enter the Japanese market, Kaplan says: “There’s a lot that can be gleaned from Singapore. You have a very similar mix of ex-pats as would be living in Japan, as well as tourists coming from all over the world and the local culture. Singapore’s a great case study for any restaurant to enter the market.”

As in Singapore, he would expect the licensees in Japan to design resorts in which the gaming element is “discreet” so as not to deter other guests. “In Singapore we are up on the podium by the pool and high-end retail and there’s no presence or visibility of gaming,” he explains.

When it comes to the design of a new restaurant, Kaplan says while elements always remain in keeping with the group’s brand, they like to make each location original and incorporate a regional twist. This may be harder in Japan than it has been elsewhere.

In Kaplan’s words: “On one hand we want something to be different from where we are and on the other hand, where we are is the kind of design we love the most”.

To hear more about Tom Kaplan’s integrated resort strategy and his plans for Japan attend JgC (Japan Gaming Congress),  2019, 16-17 May at the Conrad Hotel in Tokyo, Japan.