The ability to predict the winning odds 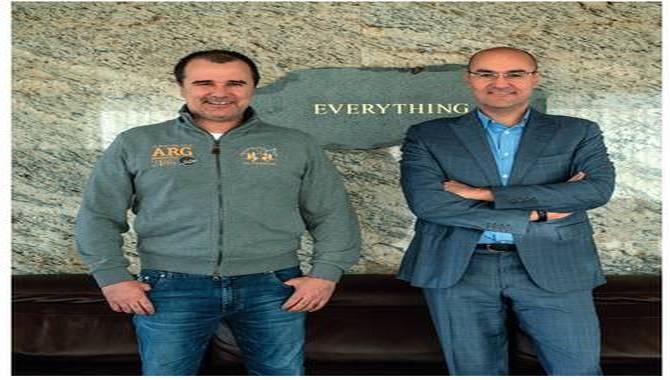 TSVETOMIR AND BOYAN NAYDENOVS ARE SUCCESSFULLY DEVELOPING THEIR FAMILY-OWNED ONLINE GAMBLING COMPANY EFBET IN BULGARIA AND INTO INCREASINGLY MORE MARKETS IN EUROPE. NOW THE BROTHERS ARE INVESTING IN THE CREATION OF A NEW PLATFORM WHICH THEY HOPE TO BREAK INTO THE MAJOR MARKETS SUCH AS THE UK AND THE UNITED STATES

It was an early autumn day of November, the rain had just stopped, the sun was rising, and a rainbow appeared in the sky.The brothers Tsvetomir and BoyanNaydenovs, the owners of the gambling company EFBET, were glad for having succeeded to predict the weather during our meeting. The office was on the top floor of a new modern building in Sofia, it was simple and practical, not vain at all; and vanity being observed in the brothers neither.

They were discussing their latest project – a new online betting platform. “We are now co-investing together with an IT sector company – deVRealm, to make a global platform in our area for betting as well as for all other online gambling types.” TsvetomirNaydenov began his story.

This is their huge project at the present moment, which requires considerable effort and resources. The plan is to launch the platform by March - April 2020. They both believe they would be among the top three companies in the world technologically after the platform is put into operation.

Naydenovs brothers said that the current platform theydevelop together with an international company,is quite stable and verified in time. They are proud to be the local number one site. They compete with the world online betting leader bet365 and they saidthey managed to get better results than theirsin Bulgaria. “After six months whenwe will have technology comparable to theirs, we hope for even better results,”TsvetomirNaydenovsaid.

The new platform would allow them to be more flexible in the other markets where they operate. They would be able to adapt faster to the requirements of the relevant online betting license. In Romania, for example, the requirements are of certain specificity, in Italy theyare a little different and they need to think about the future – for new and bigger markets. “We are witnessing how technologies in all industries are changing rapidly. Companies are launching several new smartphones a year, but everything is slower in the betting industry. The companies in our industry look at where the technologies, respectively consumer preferences, will go and then follow them, “BoyanNaydenovadded.

The idea of ​​gambling activity originated in 1990, when their father Stefan Naydenov, together with the brothers, founded Eurofootball.  By that time the company had a different name, but that wasjust the beginning. “We were filling the first betting slips by hand, we were taking betsat our first bet station,”TsvetomirNaydenovsaid. They had supported their father since the early years of business, and they felt it reasonable to develop this business. After dealing with sports betting offline for a long time, the idea of ​​switching to such online environment betting was the right one. “In 1999-2000, for the first time, we came up with the idea of creating a remote betting system.”BoyanNaydenovsaid. They suggested the idea to their Eurofootball partners by that time who said that this endeavor had no future, so the Naydenovsfamily decided to try it this way themselves. Thus, establishing and moving to EFBET as a separate structure was the right path to take.