Hot discussions about social gambling and how social media is changing the way of prospecting players at Prague Gaming Summit 2020. 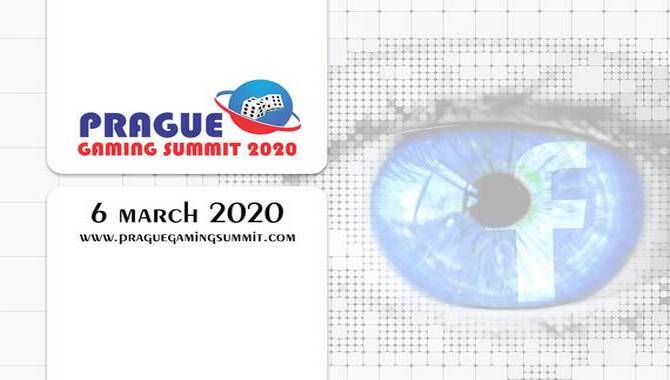 According to Facebook’s guidelines, real money gambling on Facebook is only allowed in specific countries with prior authorization from Facebook. Since only a handful of countries actually meet the criteria, it’s likely that the free games and apps are here to stay and will dominate the social gambling market.

Some of the most popular social gambling games and casino apps on Facebook include free slots, free Texas Hold’em poker, and free blackjack. You can play by yourself, with your friends, or with strangers.

Social gaming is a $2.7 billion industry, which is saying a lot because an overwhelming majority of the casino games available on Facebook are free casino games that do not require real cash to play. The gambling operators make their money by offering their players in-game benefits, currencies, and virtual goods that can be bought with real money or Facebook credits, which are acquired with cold hard cash as well.

Social casinos pull in millions and millions of Facebook users on a daily basis. About 20% of those users (or hundreds of thousands of players in other words) have paid real cash for in-game goods, benefits, and currencies. The market for social gambling is booming, and it’s only getting bigger and bigger, as more and more big names in the gambling industry are joining in on the fun.

Underage mobile gamers have the opportunity to play social casino games using apps like Double Down Casino, Slotomania, and Zynga. A social casino game is free to play and does not offer real money rewards. Still, simulated casino games get children used to rules and habits of gambling, while introducing them to the brands they might use later on.

At the 4th edition of Prague Gaming Summit you have the unique opportunity to hear more about the subject in the “Gambling And Casino Games Via Social Media And Online Technologies” panel discussion which will be joined by ElinaSafargulova (Head of Marketing at Slotegrator), Daniele Alfonso (Head of Gaming at iovation) and Jan Urbanec (CEO at Endorphina).

The discussion will be moderated by Zlatan Omerspahić (Head of Legal and Compliance, Data Protection Officer at NSoft Company).

Make sure to book your ticket now in order to avoid disappointment. The seats are limited and are selling out fast!

As mentioned in earlier press releases, the conference will once again bring together a large community of gambling industry experts which vary in the form of operators, software providers, platform, compliance experts, government officials and more.

For constant updates, you can view the Program / Agenda here: https://praguegamingsummit.com/program-agenda-2020/

REGISTER NOW TO RESERVE YOUR SEAT!

Even from its inaugural edition in 2017, Prague Gaming Summit has been considered as the leading event in the region which offers a priceless opportunity for local and international operators to get together yearly to network and learn. The conference has recorded considerable growth during the 2018 edition and continues to bring the quality platform with which usual delegates have already gotten used too. You can read the post-event reports from the earlier events on the following links 2017 / 2018 / 2019

About the organizer, European Gaming Media and Events

European Gaming Media and Events is a leading media and boutique event organizer company in Europe and produces the prominent conferences in the region such as:

The live events/conference division is in charge of organizing boutique style executive gaming events that focus on bringing inside information from the top gaming experts in the European Union and beyond.

In short, they cover most areas of Europe with international events that serve the local and global industry, optimize networking opportunities and bring the hottest topics into scope.

The event destinations in 2019 will include a further expansion for the company in their quest to enter the Western European region and bring their expertise to produce local gaming events.

For more details about the calendar, agendas and locations, visit the Live Events/Conferences section on europeangaming.eu