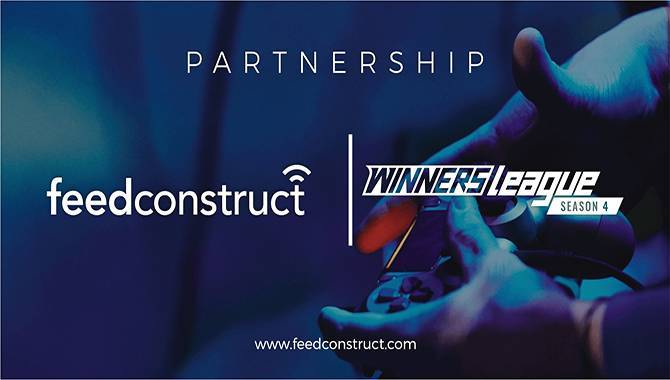 WINNERS League Season 4 is bringing an all-new format and all-new features, along with the insanely competitive action the Counter-Strike: Global Offensive community has grown to expect from the series.

“Distributing data to vendors and partners is a big challenge and an even bigger challenge to get it to scale. With us going into the 4th season of our league, we’ve found the right partner to take our data into the hands of content consumers and operators worldwide,” said Nick Gorbunov, WINNERS League Project Lead.

George Arabatlian, Head of FeedConstruct says, ‘We are happy to become a data provider for Winners League. Esports is growing daily as it finds more ways to enter the mainstream. And this is not a 'ride a wave of popularity' type of situation. I believe esports is here to stay and take over, given the buzz around the topic, increasing demand for the content and the growing community of CS:GO lovers.’

The skilled teams will fight through a Swiss-style group stage with the goal of securing three victories. Three losses and they’re out. The eight best teams will emerge as playoff contenders, facing off in a single-elimination best-of-three group for the title of Season 4 Champions.

But for many of the WINNERS League participants, it’s about more than the money. WINNERS League has long been a chance for talented CSGO teams that aren’t yet at the top level to prove themselves.

Over the past three seasons, WINNERS League has allowed these competitive but often overlooked CSGO teams to build a legacy and fight their way to the top tier of Counter-Strike esports. The competition only gets more meaningful each year, as the competition gets stronger and the audience continues to grow.

“We're seeing a lot of that growth already. Not only am I excited about the Invite Division this season, but our Main Division has some big contenders as well, with plenty of notable teams in the running,” explained Gorbunov.

With a revised Invite Division format, WINNERS League Season 4 will be more rewarding to follow than ever before.