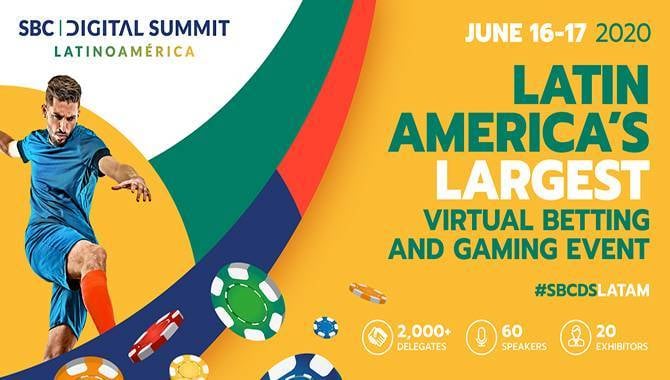 SBC Events, the organiser of leading sports betting and gaming industry conferences, is to host its first ever event dedicated to Latin America.

SBC Digital Summit Latinoamérica, taking place on 16-17 June, will be a virtual conference bringing together 2,000 delegates and 60 speakers to discuss the key challenges and opportunities in the region.

The tri-lingual conference will feature panel sessions and networking in Spanish, Portuguese and English, as it connects the Latin American sports betting and gaming community with major industry players in Europe, the US and beyond.

It will also include a virtual exhibition hall, innovative chat features that allow connection with fellow delegates and additional networking events.

Maca Rodicio, editor of SBCNoticias.com, said: “The Latin America track at the recent SBC Digital Summit proved so popular it was clear there was a demand for a dedicated event focused on the region.

“SBC Digital Summit Latinoamérica will be a must-attend event for anyone either already operating or looking for opportunities in key markets such as Brazil, Colombia and Mexico.”

Rasmus Sojmark, CEO & Founder of SBC, added: “SBC is delighted to be further growing its global footprint with our first ever dedicated event for Latin America.

“The feedback we have received since launching SBCNoticias.com last year has been fantastic, and it is evident there is a hunger for world-class content and networking opportunities in the region.”

More than 60 speakers will take part across four conference tracks, with in-depth sessions exploring everything from the future of sports betting to the lottery and the land-based sectors. Full details of the agenda will be released shortly.

It follows last year’s launch of SBCNoticias.com, which has quickly become the industry’s go-to portal for Spanish-language news and analysis from Latin America.