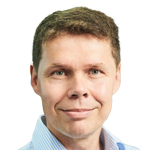 Carsten Koerl is the CEO of Sportradar, a global sports technology company that services sports betting operators, sports federations, news media and consumer platforms. Since he founded the company in 2001, its reach has extended throughout North America, including several US states, as well as territory in Canada. Koerl also serves as Sportradar’s Director.

Under his leadership, Sportradar yielded significant growth year-over-year for the 2022 third quarter. Its US segment revenue reached $31m in Q3, reflecting a 61% boost when compared to last year’s corresponding quarter.

Koerl recently spoke about the company’s ongoing partnership with FanDuel and elaborated on a strong quarterly finish in its US operations earlier this year.

He said: “We are proud of the continuous success of our US operations. We managed to generate a US profit for the first time in the third quarter, displaying solid operational leverage in the business model. Underpinning this success is the extension of our long-term partnership with FanDuel.

“This partnership is a testimony to our strategy, to expand our relationships and become an embedded technology provider for our customers, based on strategic long-term deals with our league partners.”

Most recently, Koerl led the charge toward establishing operations in Ohio, which is scheduled to open its regulated sports betting market after the New Year. The group was granted a gaming supplier license by the Ohio Casino Control Commission. The green light to operate in Ohio brings the company’s licensing total to 41.

Koerl served in several management roles before founding Sportradar. He has worked for Betandwin, as well as Interactive Entertainment AG, an online betting company he founded in 1997.

He has decades of experience in both the software development and gaming industries.

In addition to his role as company CEO, Koerl also holds a position with Sportradar’s subsidiary, Sports Statistics and Information Systems Ltd, and serves as its CEO.

During his time as CEO, Sportradar signed a multi-year partnership agreement with XLMedia. The recent deal will allow Sportradar to represent XLMedia as its official sports data provider.

Currently, Sportradar offers several digital services and products under the terms of the partnership. In turn, XLMedia utilises real-time sports data products through its North American and international sports properties.