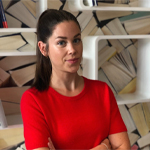 With almost one decade of experience in the gaming and casino industry, Jenna Ekström is the Responsible Gaming Manager and Team Manager HR at Paf – Games Sport Casino.

In September 2022, Paf’s headquarters became a tech campus where 70 students were admitted to study the tech industry for two years.

In May 2014, Jenna Ekström, in collaboration with other authors, published ‘How venture capitalists translate core rigidities into core capabilities in high tech firms’ as her Master Thesis in Strategic Entrepreneurship.

In 2021, Paf was shortlisted at the Global Gaming Awards in the 'Online Casino of the Year' category.

In 2020, the group won the 'Corporate Responsibility Programme of the Year' award at the Global Gaming Awards.

Jenna Ekström started her career at Paf almost eight years ago. She currently serves as Responsible Gaming Manager and Team Manager for HR.

Before her career with Paf, Ekström was the Sales Manager for Scandinavia at Demato, between November 2014 and January 2015.

Between May and October 2014, she served as an Account Manager at Baltic Bunkering. There, she was responsible for the economy, customer service and marketing of the company.

Between July 2013 and March 2014, she worked for Monki AB, in sales and as the Substitute Store Manager.

Her career at Paf began in 2010, where she worked as a Marketing Assistant for two years. There, she took care of planning and producing customer events (both in Åland and in Sweden), sponsoring events, customer recruitment, online and live campaigns and more.

Between 2005 and 2009, Ekström worked in the Cashier and Economy department of St1 Oy.

In December 2020, Paf signed a long-term agreement with Color Line to provide gaming entertainment on board the shipping company’s passenger ships in the form of slot machines, entertainment games and physical gaming tables.

Since 2015, the group has been promoting and investing in responsible gaming. Paf launched several products, such as the Radar, an in-house built player tracking system and other innovations including gaming insurance, a €20,000 ($21,400) yearly loss limit for all customers and a €10,000 yearly loss limit for young players.

“We really stand out from the other operators. We want to make a difference and we are prepared to go the extra mile, even if it affects the bottom line by the end of the year.” Jenna Ekström