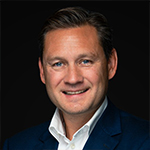 Gustaf Hagman is the Founder and CEO of LeoVegas, a Swedish mobile gaming company and provider of online casino and sports betting services. This includes video slots, progressive jackpots, video poker  and live betting offered to a number of international markets. LeoVegas Gaming is a subsidiary of MGM Resorts International.

During his career, Gustaf Hagman gained numerous skills and abilities in areas such as online advertising and e-commerce, online and digital marketing, start-ups and entrepreneurship, digital strategy and strategic partnerships, new business development and SEO.

Also in 2021, LeoVegas agreed to purchase Expekt for €5m. The company signed a deal with Italian Serie A club AS Roma earlier in the same year to become the club's official Online Infotainment Partner.

In April 2022, LeoVegas won the "Online Casino of the Year Award" at the Global Gaming Awards London for the fifth time.

Since LeoVegas was founded in 2011, Hagman has been serving as the company’s CEO.

In 2022, LeoVegas launched new tech hubs in Poland and Spain and entered the newly regulated market of Ontario.

The group also joined The Netherlands Online Gambling Association (NOGA) in May 2021. LeoVegas introduced instant and individually personalised deposit limits across its UK brand portfolio in the same month.

2017 saw LeoVegas sign a two-year deal with EFL Championship club Brentford to become its new shirt and title sponsor, while in March 2017, LeoVegas acquired 100% of the Italian operator Winga SRL.

“From day one, my LeoVegas journey has been full of amazing surprises, with twists and turns and a few bumps along the way. But I think 2022 has had some of the best and most impressive moments: even at the start of the year, if someone had said to me that by the end of it, we would be part of one of the world’s biggest entertainment companies and breaking records in the UK, I would have struggled to believe them.” Gustaf Hagman

In February 2021, Gustaf Hagman sat with the GI Huddle team to reflect on the operator's Q4 2020 financial report and discuss the problems facing the Swedish market at that time.