Racing Stars Q&A: Is this horseracing betting, or is this just fantasy?

Co-founders Nathan Thompson, Danny Williams and Steven Evans speak to Isabella Aslam on the launch of their new operator, Racing Stars, "the first-ever fantasy league horse betting platform based on real races and real prizes.” With strong guided principles of responsible gambling alongside obtaining its Gambling Commission licence, the mission to incorporate fun and entertainment back into betting commences. Steven provides the words. Horses at the ready... Which one of you were the brains behind the idea, who decided to bring forces together and get the ball rolling with Racing Stars? It was something I came up with years ago and did nothing with, until approaching Nathan with the idea and he put me in touch with Danny, who also agreed it had great potential. 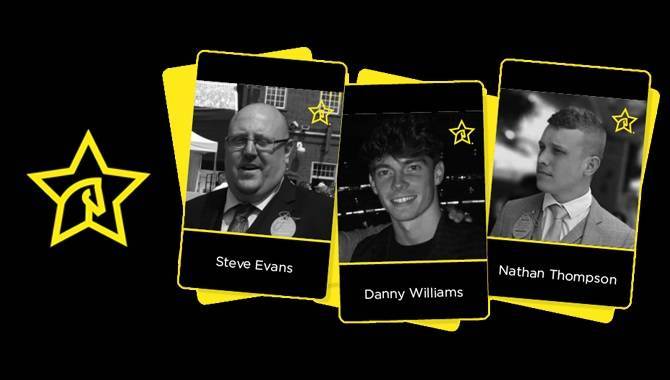 When cultivating the idea to start the company, where did it stem from?
I worked for a high street bookmaker for many years and saw players coming in on a daily basis and putting on placepot and accumulator-style bets so they had an interest for the rest of the day. The problem with this is that if one of your selections lets you down, you have two options, either throw your ticket away and give up or have another bet to try and recoup your losses. Having a points-based pool betting system means you can have multiple losses and still be in with a chance of winning the day with a big-priced outsider coming in towards the end.

Was it a topic or a sport that you three as a whole were all interested in, or a goal you were working towards for a while?
Racing has been a passion of mine for many years having grown up around horse owners and people involved with the Jockey Club. Danny and Nathan have begun to really enjoy the thrill of the races and can see the potential ‘pulling appeal’ our product will have to attract a new audience to the sport, as it combines the fantasy element with real sport and gives people an interest every day; unlike fantasy football which often only updates points once a week.

Is there not ultimately a conflict of interest if your main selling point is responsible gambling, when the business model of any gambling company is to win money off bettors?
Any business is there to make money but I don’t feel it should be to the detriment of the enjoyment element to the customer. Problem gambling is something I saw far too much while working across London with the consequences being devastating to those involved and others around them. From family break-ups and bankruptcy right through to suicides. By capping the spend and making it an equal playing field for all involved, we believe our success will be more about a high rate of player retention and acquisition rather than gross yield per customer.

I read that Racing Stars caters to all; from beginners to upper echelon-type players. With there being a spending cap on bets, has this bothered any of the higher-placing bettors?
From our testing phase we received feedback from across the playing spectrum from novices to experts alike and they all enjoyed the competitive element of this, and the league-style format. This may not dissuade higher-spending players placing high-stakes bets on other platforms but will keep those who are doing it for a bit of fun away from the temptation of chasing any losses.

You launched the week prior to Ascot; how successful was Racing Stars?
We launched our final testing phase that week and found it to be a resounding success, with people enjoying the points updating so regularly and the ability to form their own mini-leagues and compete against their friends. We have currently reached the final development stage and are looking to launch a fully working MVP by mid-October to coincide with a promotional launch based on Ascot Champions Day.

Apart from your points-scoring concept, what else differentiates you from other fantasy league sports betting operators?
We believe the points scoring system (patent pending) based on position and SP makes it an even playing field for all involved. I’d say our biggest selling point is the ability to create your own mini-league between groups of friends or colleagues and be able to see real-time updates to your position in those leagues. We are also looking to promote the sport of racing itself and get people following specific horses and jockeys etc. One of my pet hates is asking anybody leaving a racecourse how they got on to be answered with how much they won or lost. Very rarely will they tell you about a great ride they saw, a horse that took their eye or the like, and it just seems to be the financial outcomes they focus on.

In your research, and now thereafter, how much demand is there for fantasy sports racing?
I feel there is huge potential for fantasy-style horse racing leagues with racing going on all the time there is always something to pique someone's interest. The Racing League, which is a new project within the sport, seems to have gone down very well and this will acclimatise the current racing faithful to a league-style format to follow jockeys and teams which would then tie in beautifully with the way our system works.

Finally, what are your future plans to evolve your company and its goals for the future?
We are approaching a second round of funding which will allow us to evolve to multiple meetings per day alongside moving into other territories (licensing permitted) such as the US, South Africa and Australia, where there are huge fan bases but very few betting options. We have a remote pool betting licence, which doesn’t limit us to horseracing, so we are also able to create various products for other sports, which is something that has been discussed between us and the development team.