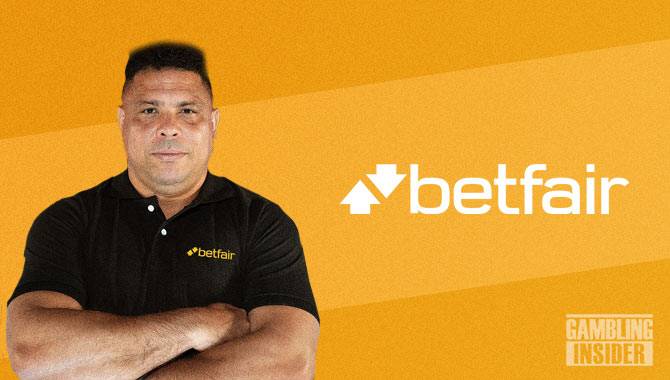 Alongside playing for his home country’s national team, Ronaldo also played for Inter Milan between 1997 and 2002, and Real Madrid between 2002 and 2007, twice winning the Ballon d’Or.

To celebrate their partnership, Betfair has published a video on its social media channels covering the highlights of Ronaldo’s career.

In addition, by becoming a Betfair ambassador, Ronaldo will join fellow Brazilian ex-football player and his former teammate, Rivaldo.

“Joining the Betfair team of ambassadors is an honour. I will wear, once again, the same shirt as Rivaldo, something we did 20 years ago and makes us very proud to this day,” said Ronaldo.

“I have no doubt that this partnership with Betfair will bring many amazing experiences to football fans.

“In a year of World Cup, fans can expect a lot of news from Betfair and Ronaldo together, every result is possible.”

As mentioned by Ronaldo, this partnership comes ahead of the World Cup in Qatar later this year. Operators are gearing up for what is expected to be a busy betting period when the event kicks off in November.

“With such high-calibre ambassadors, Betfair gets closer to Brazilian sports fans and bettors, and we are keen to deliver the most premium experiences a betting company can offer.”