Betsson signs partnership with Paranaense until end of 2023 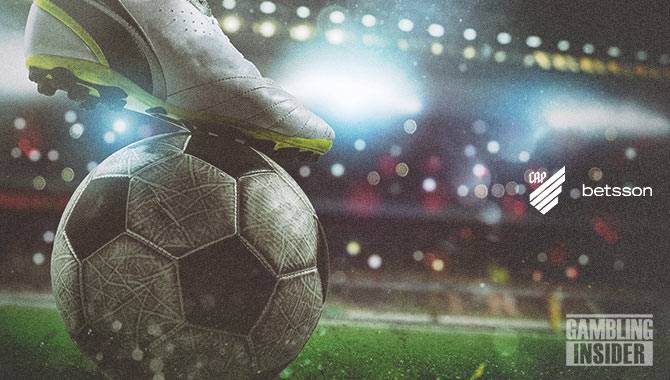 Betsson will feature on the lower back of the club's shirt (first due to appear in a Thursday 4 August Libertadores Cup match against Estudiantes), with the deal running until the end of 2023.

The brand's logo will additionally be visible on the team's women's kit.

Betsson is primarily a casino brand but, in its Q2 results, the operator showed significant growth in sports betting revenue – most of which came from Latin America.

In an exclusive GI Friday interview, Betsson AB CEO Pontus Lindwall understandably spoke of the growth he expects Betsson to continue to achieve in the region.

Naturally, further partnerships such as the Paranaense one (far from Betsson's first in this area) will aim to build on this growth.

Andre Gelfi, Managing Partner of Betsson in Brazil, said: ”Driven by innovation and sport, the synergy of this partnership is in line with what we seek for Betsson on Brazilian soil, which is to position online betting as a serious and safe entertainment platform. It also serves to further increase our brand recognition in the South region of Brazil."

Mauro Holzmann, Athletico Paranaense Commercial, Institutional Relations and Marketing Director, said: "We are delighted to have Betsson as a sponsor. A company operating worldwide with expansion projects that coincide with Athletico’s goals of becoming a reference in football. We are sure that we will do great projects together.”

And, of course, Latin America is not the only emerging market Betsson is targeting. The operator recently announced an investment in African operator BetBonanza.