TheScore Bet has launched new TV spots in conjunction with its new Canadian ‘Get Into Bet Mode’ marketing push. 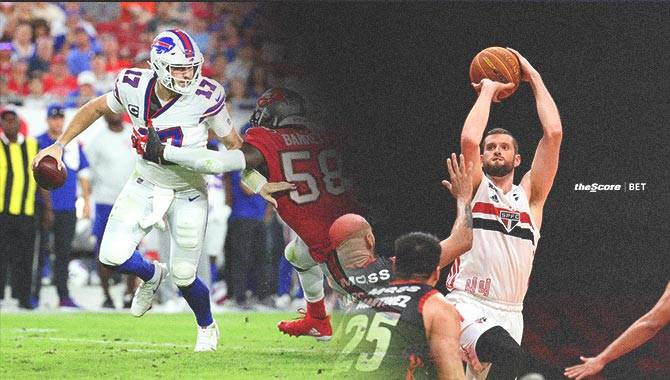 Aubrey Levy, SVP of Content and Marketing for theScore, said of the latest campaign: “We’re bringing back our get into bet mode campaign with new themes and new talent as we enter the action-packed fall sports season. This new campaign phase is tailored toward educating fans, many of whom re-engage in the fall, on key theScore Bet product enhancements and features."

Meanwhile, Jordan Shultz has agreed to join theScore as an NFL insider for the digital media company.

His new role will see him produce multimedia and written content, which focuses on the NFL and NBA, while also giving betting analysis and insight for consumers.

Levy said after confirming the deal: “We are thrilled to welcome Jordan to the team and to help build out our original NFL reporting, as we incorporate his insider coverage and informed analysis across our multimedia channels.

“Jordan is a versatile talent who has strong NFL and NBA relationships and has built an impressive media footprint. With his proven news breaking and on-air video capabilities, he adds a brand new dimension to our in-app editorial and multimedia coverage. We’re excited to integrate him across our host of digital programming and collaborate on original content initiatives.”

Shultz added: “theScore is an innovative digital sports media and betting leader, and I could not be more excited to join the team and contribute across their many media channels.”