Court of Appeal in Manila denies Okada motion against TRLEI

The Court of Appeals has denied a motion to stop the Tiger Resort Leisure & Entertainment (TRLEI) board of directors from conducting business as normal, after a request from Kazuo Okada. 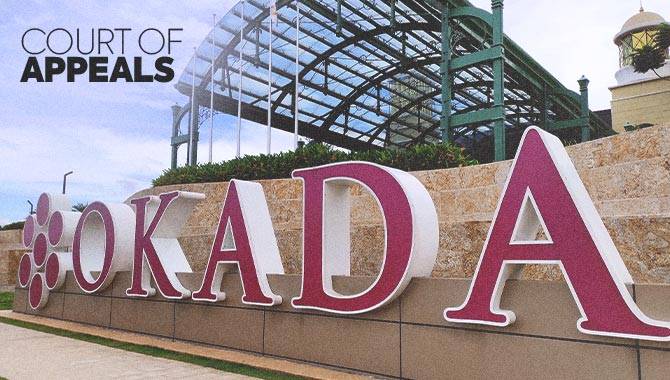 The company, which owns the Okada Resort in Manila, recently wrestled back control of the casino from Kazuo Okada himself, after 50 people dressed as casino workers forcibly ousted Kazuo and his team in a fracas.

Kazuo Okada had asked the Court of Appeals not to reinstate the board following his exit from the premises of Okada Manila last week; however, the court decided to reject the appeal due to Okada having a lack of authority to do so.

The TRLEI board had once been run by Kazuo Okada, as he was formerly the CEO, Chairman and Director of the company, but was deposed in 2017 following an investigation that alleged his involvement in embezzlement, money laundering and fraud.

However, despite this, the embattled former CEO marched into the Okada Manila in May this year and declared himself its owner, following a Status Quo Ante Order (SQAO) from the Supreme Court.

Since then, he has faced repeated legal challenges for his removal from the resort, none of which succeeded. That is until 50 people, comprised of the Philippine Amusement & Gaming Corporation (PAGCOR) and Philippine national police, disguised themselves and reinstated the TRLEI board following a brief conflict – which could be seen via videos on social media.

Since the Court of Appeals made its ruling, The Okada group has announced its legal team will file the appropriate motions with the Supreme Court over the 'illegal 2 September takeover.'