Vinnie Jones Roulette is now available to all operators after a period of exclusivity on Betway. 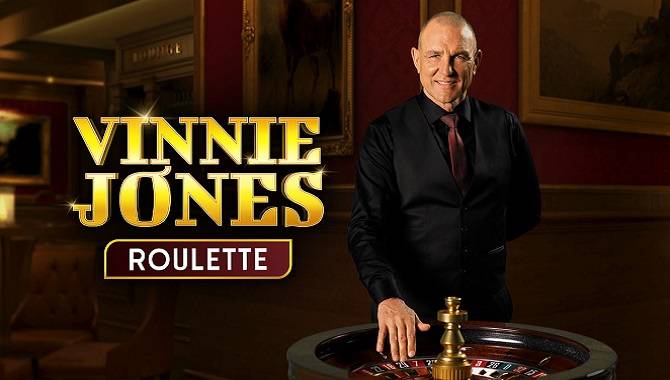 Real Dealer Studios’ series of games features the football and film legend in the role of VIP dealer; he interacts with each player in a one-on-one fashion, bringing every piece of his persona and character to the table.

Jones said: “Can you believe they put a geezer like me in charge of roulette? Trust me, you’re gonna love this game. It’s just like regular roulette but loads better, because of me.”

His inclusion in the game was made possible through cinematic RNG, a process created by Real Dealer that consists of cinema-quality recorded videos being integrated into a random number generator-based game framework.

Shane Cotter, Chief Product Officer at Real Dealer Studios, also commented: “We’re effectively blurring the lines between the worlds of iGaming and film, particularly now with these celebrity titles. Apart from yielding an all-around better experience for players, it opens up the door to some fantastic new game concepts.”

Vinnie Jones Stories Roulette along with Vinnie Jones Blackjack will be launched in November and more Vinnie Jones games are planned to be released in early 2023.

Headquartered in Malta, Real Dealer Studios is a producer of casino games that merge Hollywood-style cinematography with RNG gameplay. Its games are currently available exclusively through Games Global.

Jones spoke exclusively to Gambling Insider while he was at ICE London this year; at that trade show, the footballer-turned-actor was representing supplier Swintt.