Plantwin365.news has signed a strategic agreement to sponsor Lazio Women for the 2022/23 season. 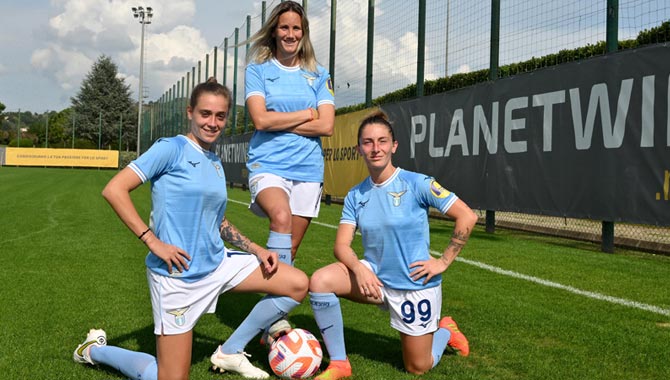 The exclusive partnership will see SKS365’s Planetwin365.news branding both at the Lazio Women training ground and at the Mirko Fersini stadium. The project will also include the men’s team, with branding appearing on the sidelines of the Olympic Stadium during the club’s home matches.

The club noted it was: “Very satisfied with the agreement reached and proud to formalise and consolidate the new partnership between Lazio Women and Planetwin365.news, an agreement that will bring even greater visibility to the increasingly growing women’s movement.

“The club is always at the forefront to enhance the commitment, on and off the pitch, of our players.”

The agreement also includes a collaboration on the club’s social networks, along with dedicated spaces on Lazio Style Radio.

Lazio Women added: “The joint launch of new solidarity initiatives and the promotion of Diversity & Inclusion is also expected, which will be carried out in the coming months, thus offering new life to the social responsibility activities recently developed in support of Sister Paola’s So.Spe non-profit organisation.”

SKS365 Chief Commercial Officer Troy Cox commented: “We are very happy to consolidate the strategic partnership with Lazio Women in this new season which we hope will be full of successes on both sides. The agreement will help us to further boost the visibility of our new infotainment brand Planetwin365.news through digital and engagement campaigns developed in synergy with the biancoceleste club.

“The feminine connotation of this partnership testifies to the ever-increasing attention of our group towards the issues of Diversity & Inclusion and the world of sport. Sportsmanship, loyalty, inclusion, fair play and solidarity will be the key values ​​of this common project that will allow us to further strengthen the bond with the city of Rome.”