AGA reports 10% rise in US commercial gaming revenue for August

US commercial gaming revenue slipped back under the $5bn mark for August, though it has continued to grow year-on-year. 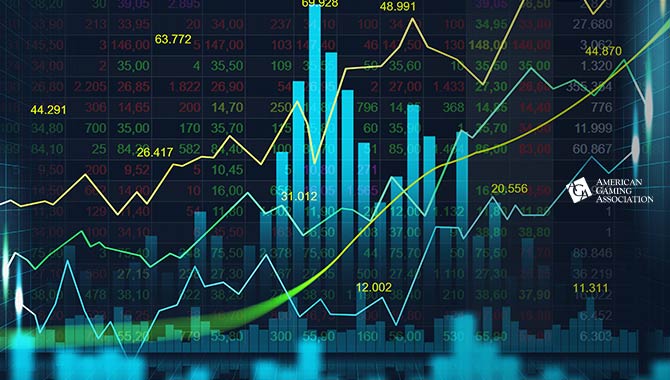 The American Gaming Association (AGA) has said the US commercial gaming sector generated $4.89bn in August, up 10% year-on-year to set a new record for the month.

However, gaming revenue declined by 4% on a sequential basis, “in line with seasonal trends.” Since March, every month met or surpassed the $5bn mark, excluding June and now, August.

Nationwide revenue from land-based casino slot machines and table games amounted to $4.02bn, with the former responsible for the lion’s share – $2.92bn.

The AGA commented: “While overall US travel spending contracted from August 2019, the pace of revenue growth for traditional casino verticals was the highest since April.

“Regional casino visitation increased on average by 4.2% in Illinois, Iowa, Louisiana, Mississippi and Missouri from 2019 levels.”

Sports betting, meanwhile, was hindered by the so-called “summer lull.” Handle remained flat at $4.54bn, consistent with “the year’s lowest level of betting activity in July.”

However, this figure constitutes an almost 50% year-on-year increase.