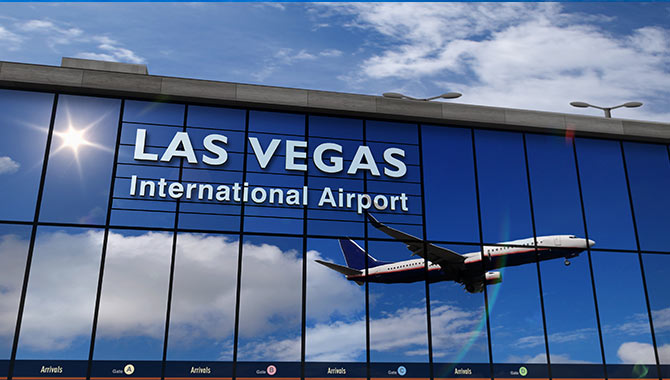 The city played host to 3.2 million visitors in August 2022, a 6% increase year-on-year. Although a steady rise, these figures were still down 11% on tourism figures for August 2019.

However, tourism officials are hopeful these levels will grow even further come 2023, and 2022 predictions indicate that 42 million people could visit the city this year.

The Harry Reid International Airport has seen 34 million passengers through its terminals so far in 2022, reporting an all-time high in travel between June and August this year.

Rosemary Vassiliadis, Harry Reid International Director of Aviation, said: “We may get very close to what we had in 2019 at the end of this calendar year, but I believe next year, with more recovery going on, is going to be a big growth year for our town.”

Las Vegas Convention and Visitors Authority President and CEO, Steve Hill, went further: “From a domestic standpoint, we’re over-recovered. We’re not all the way recovered internationally, but that’s largely because of the slow recovery in Asia.”

This record amount of tourism traffic has helped Airport Slot Concession, the company which has partnered with Harry Reid International since 1986, surpassing the $1bn mark in all-time revenue.

Today, the company operates over 1,400 slot machines in the airport and generates close to $40m in annual gross revenue from its airport-based games machines.

Airport Slot Concession noted that a large portion of this revenue is retained by the airport.