Former Chairman of the Mashpee Wampanoag Tribe has been sentenced to a three-year prison term for bribery and extortion. 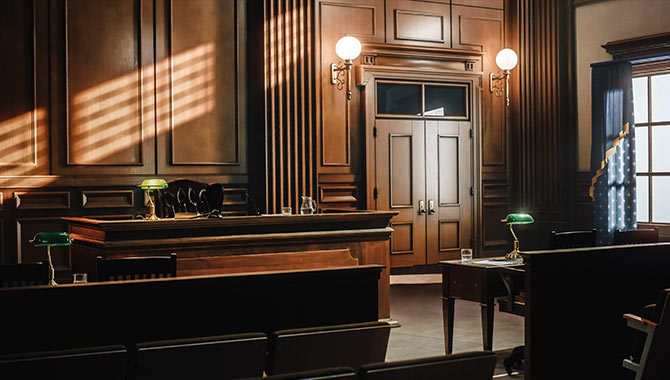 Handed down from US Attorney Rachel Rollins’ office, charges of bribery related to the Tribe’s plan to build a casino resort in Taunton.

The Chairman in question, Cedric Cromwell, 57, was given one year of supervised release, while his 56-year-old associate David DeQuattro was sentenced to one year of probation spent in home confinement.

DeQuattro managed an architecture and design company that Cromwell also chaired. This company signed a contract to serve as the owner of the Mashpee Wampanoag Tribe’s Gaming Authority.

It would be the representative for the First Light Resort and Casino – the Taunton location the tribe was building.

Within this arrangement, Cromwell allegedly accepted three bribes from DeQuattro, in exchange for an agreement to protect the contract of the DeQuattro-managed architecture firm.

Attorney Rollins said: “Mr Cromwell was elected to represent the 12,000-year-old Wampanoag Tribe. He received the privilege of leading the Mashpee Wampanoag people, who put their faith and trust in him with each ballot they cast.

“Rather than striving to make his community better through honourable deeds of service, he dishonoured his people and his position by accepting bribes for monetary gain.”

DeQuattro was charged with allegedly paying Cromwell $10,000 in November 2015, buying a Bowflex Revolution home gym from Cromwell in August 2016 and paying for him to stay in an upscale Boston hotel in May 2017.

Cromwell’s convictions consist of two counts of accepting bribes, three counts of extortion and one count of conspiring to commit extortion.

DeQuattro was convicted on one count of bribing an Indian tribal government.

Special Agent in Charge of the FBI Boston Division, Joseph R. Bonavolonta, said: “Cedric Cromwell abused his elected position and betrayed the trust of the Mashpee Wampanoag Tribe by seeking to monetise his position of power at every turn.

“He solicited and accepted thousands of dollars in bribes from David DeQuattro over three years and went to great lengths to try and conceal their criminal conduct.”