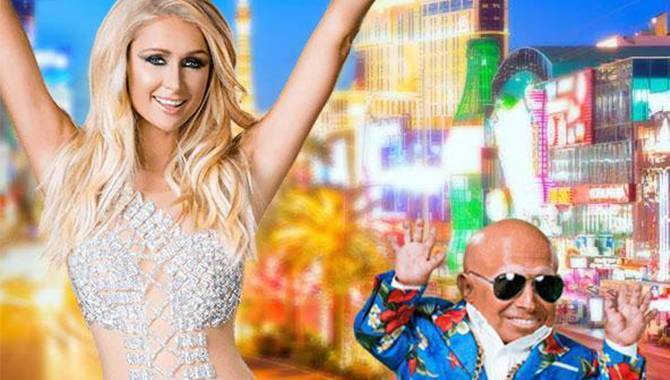 By Nicole Abbott
Following a number of recent disagreements with the Advertising Standards Authority, the gambling industry seems to have gained a bad reputation for producing misleading advertisements which depict the apparent “glamorisation” of betting.

This issue has become inflamed by the media, which has credited the ASA’s statements that BGO’s advertisement starring Verne Troyer, was deceptive because “the overall impression of the ad was that the man’s wealth was derived from his gambling wins, which viewers could also achieve”.

While it is important for bookmakers to be honest to their customers, making money is a possibility when betting – indeed, it is the main attraction for many of the players. In fact, many advertisements glamorise their products or services to attract customers, and this is arguably the definition of advertising. So why are the ASA, and indeed certain news reporting websites, so appalled by betting ads?

Gambling Insider asked Steve Donoughue, CEO at www.gamblingconsultants.co.uk and regular contributor to Gambling Insider, including previous features on the demonisation of the gambling industry, to give us his opinion:

“The recent spate of ASA rulings appear to be taking concerns about the negative influence of gambling advertising to an as of yet unheard of degree. Will we soon have them suggesting that just to show people having fun while gambling is a direct cause of addiction?

“They banned an obviously comical BGO advert where the little-person casino boss was living the luxurious lifestyle because it ‘suggested that gambling could be a way to achieve financial security’. They banned a Sky Bet advert where a voiceover refers to the character as one minute doing the recycling and the next he’s a rock star, because they thought it broke the rules against showing gambling as enhancing the personal qualities of those gambling. In both cases the ASA, in my humble opinion, have over-stepped the mark, interpreted the rules far too extremely and should be called out for it.

“Or maybe the ASA should only allow gambling advertising where Ray Winstone gets repeated hit in the face by cricket bat while hymns are sung because then we would all know where we stand. Gambling is fun, you can win money. These are facts, just as much as the obverse is and we should be allowed to at least show it.

“The reason why the ASA is taking the proverbial is because, as I have said many times before, gambling is toxic politically. The lobby against fixed odds betting terminals, which sectors of the gambling industry fund, is spreading its odour into every crevice of the State’s interaction with gambling. The ASA is just responding to political pressure, directly or indirectly.

“Unfortunately it’s all too symptomatic of Post Truth world we live in. Evidence is not necessary, just some militant ex-addicts and the commercially vindictive, to cause a fuss over what is now the catch-all phrase “potential harm”. Hence why we’ve got the talk of banning gambling adverts pre-watershed, just in case the very thought of gambling during daylight hours made small children breach all our age-verification rules and blow their pocket money on some online bingo.

“The tide is definitely turning to one of reaction and unfortunately as an industry we don’t seem to be motivated to fight it.

“An analogy of where we are heading is that, rather than forcing people to wear seat belts in their cars, we should just ban them from starting them as every car is a potential road traffic accident waiting to happen. The analogy breaks down though when you consider a) there is a lot more research into why people crash their cars, b) crash victims still don’t call for the banning of cars and c) bicycle users don’t act like idiots and demand cars are taken off the road. Ok, maybe not c), but you get the picture.

“No one is suggesting that gambling advertising should tell untruths or overly glamorise it as an activity. But surely there must be some understanding that people have a basic intelligence and that a vaguely amusing/surreal advert is not going to cause them to suddenly become addicted. Now if the ASA can show us evidence of where Verne Troyer dressed as a hip hop casino boss cavorting with Paris Hilton has caused someone to sell their possessions and stake it all on the 3.30 at Kempton Park I will take this all back. But I’m pretty certain, this is just some middle class sneering at gambling combined with a laziness to listen to science and reason. Unfortunate that it is a regulator that has to show these failings, that’s what we usually expect off our politicians.”

Regarding the recent banning of BGO’s advert, the ASA have stated: “We have strict gambling advertising rules in place to protect consumers, in particular young and vulnerable people. As we’ve done in these recent cases, we will take firm action where the rules are broken”.

Rather than brainwashing viewers into believing that gambling holds the promise of a glamorous lifestyle, it is far more likely that bookmakers are attempting to create playful, comedic, entertaining advertisements, which may appeal to the fun-loving and responsible gamblers of the world. Perhaps the ASA and the media should give the public more credit.
RELATED TAGS: Legal & Regulatory | Sports Betting | Industry