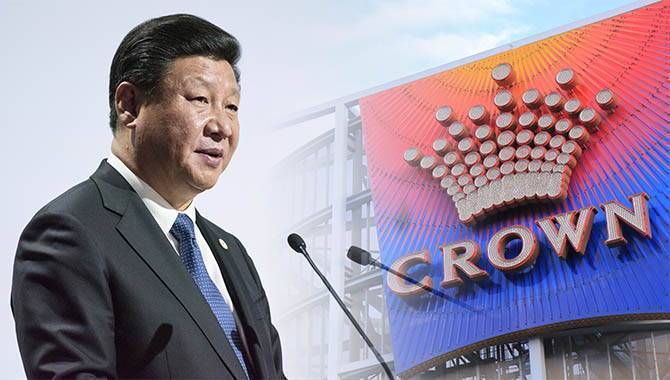 By Nicole Abbott
The Australian Department of Foreign Affairs and Trade issued a statement announcing “the arrest of three Australian Crown employees on suspicion of gambling offenses” by Chinese authorities. One of the Australians arrested was Jason O’Connor, vice president of International VIP operations for Crown Resorts Ltd., who oversaw efforts to attract wealthy Chinese players to the company’s casinos.

The employees were originally detained on 13 October, and Chinese authorities were given 37 days to charge detainees. The deadline passed this weekend, and the at least three Australian detainees will now be held for another two months following the arrest.

The arrest follows a series of anti-corruption crackdowns from the Chinese government, led by President Xi Jinping. This crackdown has been caused by a number of cases in which party officials have been using state funds at foreign casinos.

Although it is now illegal to directly advertise and promote casinos on mainland China, Crown Resorts’ Australian Casinos have seen an outstanding upsurge of Chinese tourists, which has likely made the Chinese government wary of the company’s adherence to Chinese advertising laws.

Australian Financial Review has also reported the alleged arrest of a forth Australian junket operator, along with the 13 other China-based Crown Resorts employees.

The final charges against the Crown Reports employees have not been released to the press, but will become evident if and when the case moves to trial. Police will decide whether to prosecute after further investigation.
RELATED TAGS: Land-Based | Casino | Legal & Regulatory
DISCUSS THIS ARTICLE