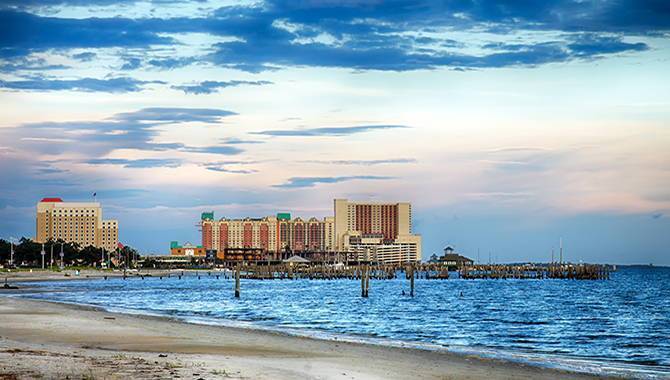 By Nicole Abbott
State regulators have recently rejected two proposed casino sites on the Mississippi Gulf Coast. This is now the second time that these two sites have been blocked by the Mississippi Gaming Commission.

Reportedly, the three-member Mississippi Gaming Commission met behind closed doors for about 90 minutes before coming into open session and rejecting the sites.

The commissioners offered no explanation as to why they came to this swift and unanimous decision, but the commission’s executive director, Allen Godfrey, had recommended the sites be declined.

Mississippi law limits state-regulated casinos to sites touching water along the Mississippi River or the Gulf Coast. Legislators previously tweaked state law to allow coast casinos to develop slightly inland, following the widespread destruction of Hurricane Katrina in 2005. Opponents of the two casino proposals argued that the requested sites were outside the allowable development areas.

The commission denied an application from RW Development for a Biloxi site in 2008 and similarly refused Jacobs Entertainment’s application for a site in Diamondhead in 2014. The developers reapplied for those sites after terms had expired for the commissioners who ruled against their projects.

Gulfport Mayor Billy Hewes was in the state Senate when legislators changed the law after Katrina. He publicly criticised the two proposed sites, saying they were too far inland.

Major Hewes commented prior to the Commission’s meeting: “The greater impact would be the effect of completely changing the character of our south Mississippi community, as it would effectively open the floodgates to an indiscriminate proliferation of gaming sites to areas never contemplated or desired.

“Furthermore, this cannot be about limitations on competitive opportunities, as a multitude of legal gaming sites are presently in existence and available for development.”

Upon the announcement of the commissioners’ decision, Michael Cavanaugh – attorney for both developers – said he would meet with his clients and decide whether to appeal the rejected applications.
RELATED TAGS: Casino | Legal & Regulatory
DISCUSS THIS ARTICLE