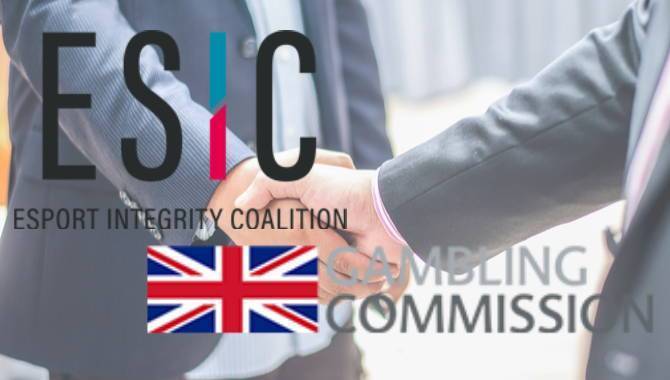 Esports Integrity Coalition (ESIC) have announced the commencement of a partnership with the UK Gambling Commission (UKGC), which it hopes will see betting malpractice in eSports being treated in the same way as it is in football, cricket and other mainstream sports.

As part of the agreement, ESIC will share information with the UKGC and be asked to provide guidance to the UKGC on matters pertaining to the integrity of eSports.

In a statement ESIC commissioner, Ian Smith said: “The Gambling Commission has significant resources and powers that will be invaluable in helping to combat any emergence of organised crime or serious fraud within our rapidly growing sector.

Smith added: “As eSports continues to grow successfully, so will the inevitable attempts to profit on the back of that success through illegitimate means. This agreement will help protect all the individuals, teams and companies working so hard to make eSports successful for players and fans alike”

The news follows the commencement of a similar information sharing agreement between the ESIC and the Nevada Gaming Control Board in March, in which both entities agreed to work together to stamp out any potential corruption in eSports events taking place across the state.

This agreement demonstrates our commitment to supporting ESIC in addressing the potential integrity risks, to help maintain public confidence in eSports both as entertainment and for those who wish to place bets on British licenced markets”.

Further details on the information sharing arrangement agreed between both entities will be published over the next few weeks.