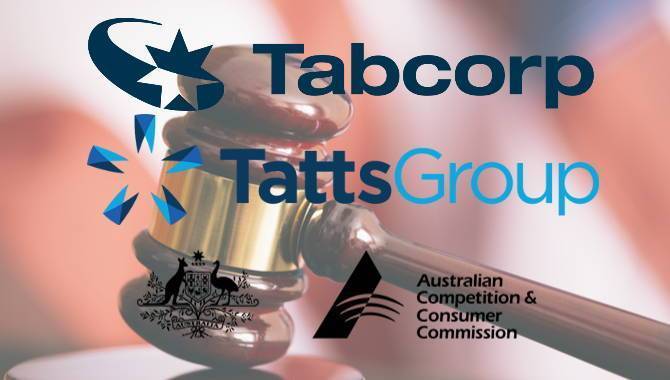 Tabcorp/Tatts Group merger back on?

By Robert Simmons
The Australian Competition Tribunal (ACT) has approved for a second time the A$11.3bn merger between Australian lottery operator Tabcorp and its main competitor Tatts Group.

Authorisation for the deal comes with one condition: that Tabcorp divest its interests in its Odyssey Gaming Business based in Queensland, a condition to which Tabcorp had previously agreed to adhere to if the multi-million dollar merger was approved.

In a statement announcing its decision, Australian Competition Tribunal chairman Rod Sims said: “When the ACCC sought review of the Tribunal’s earlier determination, our purpose was to clarify the law. We achieved that objective, with the Full Court making it clear that the Tribunal was required to take into account all competitive detriment that is likely to result from the proposed merger.”

The two companies began takeover talks in November 2016, however in March 2017, shortly after the Australian Competition & Consumer Commission (ACCC) had published a statement of issues regarding the proposed acquisition; Tabcorp withdrew its application for informal clearance to proceed with the ACCC and lodged a separate application for authorisation with the Australian Competition Tribunal (ACT).

In June, the ACT granted permission for the merger to take place, but the ACCC, and later Australian betting company Crownbet, applied to Australia’s Federal Court for a judicial review of this decision.

A central issue in this debate has been claims that the deal would impact market competition unfairly as well as consumer pricing.

However Sims added: “The Tribunal has now reconsidered the evidence, in relation to both anti-competitive detriment and public benefit, and concluded that the merger is likely to result in such benefit that it should be permitted to proceed.”

A full transcript of the reasons behind this decision will be published on Wednesday 22 November and the ACCC will then consider the Tribunal’s reasons for this decision over the next few weeks.
RELATED TAGS: Industry | Mergers & Acquisitions | Legal & Regulatory | Lottery
DISCUSS THIS ARTICLE