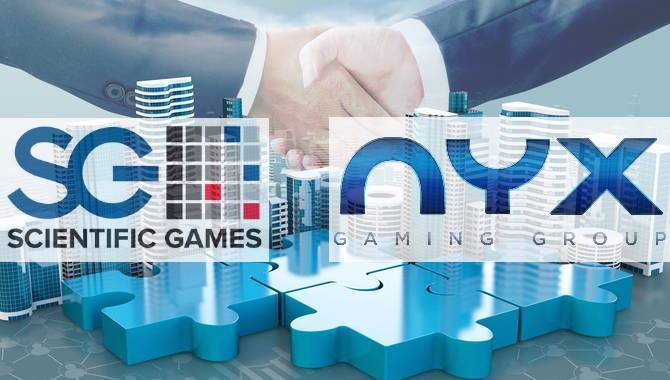 By Caroline Watson
In a sudden change of heart, William Hill has now announced its support for the Scientific Games-NYX acquisition deal that it had previously sought to stop.

Scientific Games and NYX Gaming Group have revealed that both companies have entered into independent agreements to support the acquisition of NYX by Scientific Games for CAD$2.40 per ordinary share.

William Hill, which had raised objections to the buyout and threatened to block it with its 32% stake in the company, will now support Scientific Games' bid.

Back in September, Scientific Games entered into a definitive agreement to acquire NYX Gaming Group for approximately CAD$775m.

Nonetheless, in November, William Hill announced that it had a number of concerns regarding the potential acquisition, due to contractual rights it obtained when it enabled NYX to purchase OpenBet.

Following on from this, NYX filed an anti-trust lawsuit against William Hill in the Chancery Division of the Superior Court of New Jersey.

However, today Scientific Games announced that it has entered into a new commercial arrangement with William Hill, and that the parties, as well as NYX, have entered into a separate settlement agreement in which they have agreed to end all existing litigation.

“Additionally we are pleased to expand our commercial relationship with Scientific Games in the US market which offers considerable potential should the Supreme Court ruling on the Professional and Amateur Sports Protection Act, which is expected next year, provide states with the power to regulate sports betting.

“We will unconditionally support Scientific Games in their acquisition of NYX and we have no hesitation in recommending other shareholders to do the same.”

The shareholders meeting to approve the acquisition continue to be scheduled for 20 December, 2017 in Las Vegas, Nevada, and Scientific Games and NYX have encouraged all shareholders of NYX to cast their votes in favour of the acquisition.
RELATED TAGS: Industry | Mergers & Acquisitions | Legal & Regulatory | Financial
DISCUSS THIS ARTICLE