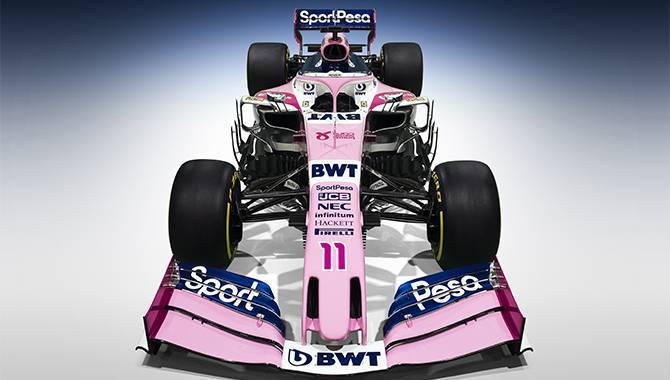 SportPesa has finalised its title partnership agreement with Formula One team Racing Point.

Announcing the news at the Canadian International Auto Show, the team will now be called SportPesa Racing Point F1 Team.

The multi-year agreement commences with immediate effect and reports from earlier this year suggest the sponsorship fee will be less than the $15m paid by Best Water Technology to the team’s previous owner, when it was still known as Force India.

Former Formula 1 owner Bernie Ecclestone was a long-time opponent of betting sponsorship in F1, but principles have shifted since the motorsport was bought by Liberty Media.

In September, an agreement reported to be worth $100m was reached with Interregional Sports Group (ISG) to secure deals with betting companies on a local or global basis.

Team Principal and CEO of SportPesa Racing Point F1 Team, Otmar Szafnauer, said: "SportPesa is a young, dynamic, growing company whose values align with our own vision to become a team capable of competing at the very front of the grid."

Adam Beighton, SportPesa Company Director, said: "We are absolutely delighted to become part of the extended Formula One family. This partnership is very important to us because it diversifies us into new territories and allows us to reach new audiences across the globe."