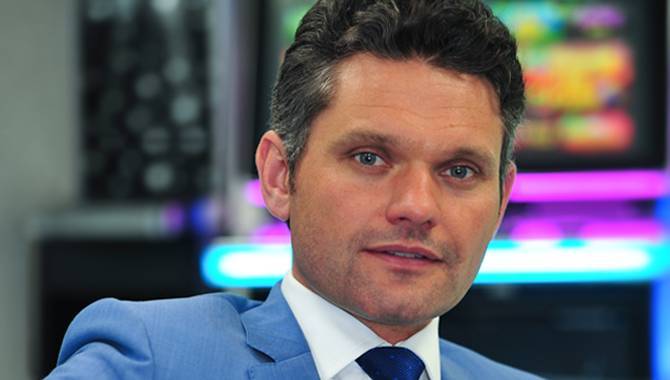 Why is ICE so important to Blueprint and have you launched anything new at the show this year?

We’ve had a big focus on platform marketing tools, which we have shown to around 25 operators over the course of the week. We normally use ICE to demo new games but, as well as this, we have focused heavily on showcasing our specific tools such as: leaderboards, in-game bonuses, marketing messaging and plenty more.

We always inform players as much as we can about the games, looking at when players may be leaving specific games and trying to offer similar games they may be interested in. That’s been the main focus for us and it has got a good reception overall.

We make around 50 games a year at the moment, so there’s five or six new games we’ve brought to ICE to showcase to everyone.

What has been your most successful game in the last 12 months?

Last year, we launched ‘The Goonies,’ which was our biggest bonus game launch. Blueprint has been very much focused on the entertainment end of the market, quite UK-focused as well, over the past ten years. But, in the past twelve months, we’ve focused heavily on casino games.

Games like Napoleon: Rise Of An Empire have proven to be very popular with our core audience, and was voted game of the year by Casinomeister. I would like to think this year will be more of the same!

You state on your website you like to push creative boundaries with your games.  How do you go about this while keeping your games original?

You want to push creative boundaries but you also want to stay commercial. We’ve really increased the volume of games – if you’re a studio and you’re only making eight games a year, it’s pretty hard to learn from mistakes as opposed to making more. We like to create a game, put it out to our audience to receive the feedback and then we can tweak it and take it forward from there.

It’s an evolutionary process. We’re always trying to build on something we know has been successful through either our own stuff or looking at the market. We’re not just thinking of random games; else you end up chasing shadows.

We have a team of BI (business intelligence) guys who look at performance, player drop-offs, so we can understand why games are working or not. It’s all about trial and error in order to get it right.

Blueprint purchased Project during ICE. What can you tell Gambling Insider about that the acquisition?

We’ve known the people who run Project a very long time. They are very much a UK-focused developer on the land-based side with great poker products and some core, well-known UK games.

We will be integrating its content onto our hardware and we will be taking its games online through our RGS. It will be bringing a different style to Blueprint. We’ve got four or five internal studios at the moment, so Project will add another string to our bow.

What is the next big step for Blueprint?

We’ve also had brilliant expansion in Scandinavia; we’ve launched in Italy; we’re shortly launching in Spain. So we are making sure we don’t take our eye off our core business but, at the same time, building content and conducting the regulatory work to expand out across Europe in the next year.