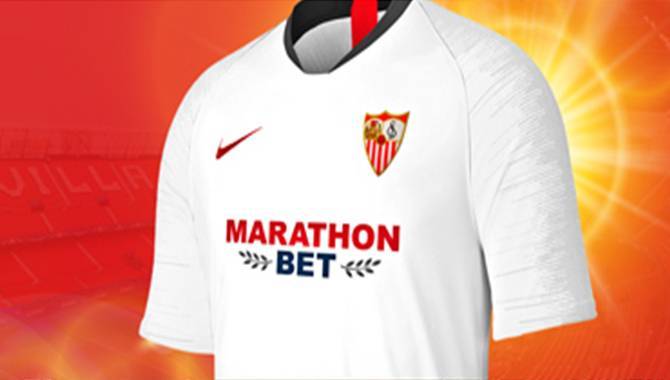 The agreement makes Marathonbet the principal partner and front-of-shirt sponsor of the La Liga team from the start of the 2019/20 season, with the operator’s logo to appear across the Ramón Sánchez Pizjuán Stadium and on match-day interview backdrops.

José Castro Carmona, President of Sevilla FC, said: "In line with Sevilla's project of international growth, it is crucial for us to associate our brand with big, international companies like Marathonbet."

Natalia Zavodnik, CEO of Marathonbet, said: "We’re incredibly excited to announce our new partnership with one of the most decorated European sides of recent times in Sevilla.

"Working alongside a club with as rich a track record of success as Sevilla demonstrates our ongoing commitment to the growing Spanish marketplace."

The announcement follows a string of new and renewed contracts between English Premier League teams and gambling companies.

West Ham extended its agreement with Betway for a further six years and Watford secured a landmark partnership with Sportsbet.io.

The Watford – Sportsbet.io deal marks the first time a crypto-currency powered operator will appear on the shirt of a Premier League team.