GBGC CEO exclusive: “The UK government has overreacted. The FOBT measures have been very draconian”

A man who knows the industry like the back of his hand, Global Betting & Gaming Consultants (GBGC) CEO and Founder, Warwick Bartlett, has been part of it since 1966, opening the first of his betting shops the same year football came home in England. 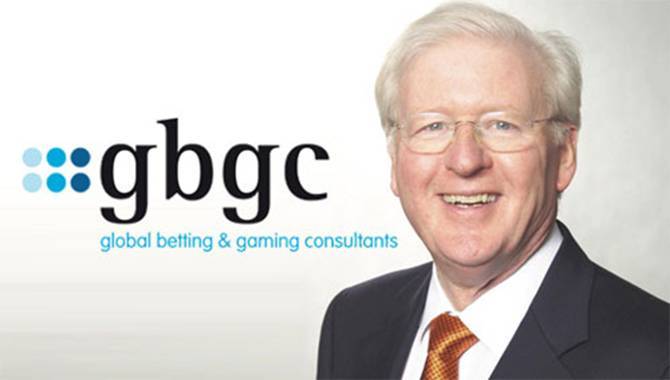 The online gambling revolution saw Bartlett move away from his betting shops to launch GBGC, which all stemmed from a previous role as Chairman of the British Betting Office Association.

He tells Gambling Insider: “We started to get lots of enquiries from people wanting to set up internet businesses through the trade association. I asked if I could handle those enquiries and once that was agreed with the directors I set up the consultancy GBGC.”

His business has since gone from strength to strength within the industry.

He explains: "We don’t have a very high marketing profile these days because everyone knows who we are. We are number one on Google for gambling consultants and that is our primary source of enquires. We’ve worked with over 700 clients since the very beginning and we report on every country in the world where gambling takes place.”

The US has recently joined that particular ever-growing list for sports betting, although it isn’t anything new due to the high volumes of illegal activity over the years. Bartlett believes legalised sports betting in the US will only have a positive outcome.

“It’s a new beginning, the US market, but betting has unfortunately taken place illegally for a very long time,” Bartlett says. “It’s starting from a low base but it’s already shown signs of ramping up. I’m hopeful the legalisation of sports betting will completely eradicate illegal sports betting in the US.

“That will be to the benefit of the consumer and the states bringing forth legislation will for the first time have control and tax revenue, which at the moment they don't have.

“We are waiting to see how many states do eventually legalise sports betting but I’m hopeful New York, California and the states with the largest populations and highest income per capita will eventually do so.”

While Bartlett believes the US market has serious potential, the UK is in a period of uncertainty. He admits online gambling’s future looks bright; but the maximum stake reduction for fixed-odds betting terminals (FOBTs) has hit the industry hard.

He says: “The UK market continues to expand for online gambling. I think it will be given a boost by the fact hundreds of licensed betting shops will close.

“Big operators and independent bookmakers are all closing shops now and their customers will either have to find another shop or bet online. I am sure betting shop staff will have guided them towards their own company internet sites."

Bartlett stands by the fact FOBT maximum stake reduction is to blame for industry’s suffering of late. The overall issue however, hasn’t been resolved to prevent players from potentially gambling excessively.

“Everybody thought it was too low. The Gambling Commission said so itself, having initially called for the stake to be reduced to £30; it could have lived with £30.

“Personally, I think the government overreacted and I think they broke precedent with the way they normally deal with these situations. If you look at taxation, the government almost never introduces tax which is very high from the outset.

“For example, insurance premium tax started at a couple of per cent, then crept up to five and now it is 12; but it was introduced over time that allowed the industry to adjust.

“When a legalised business is damaged to the extent it creates job losses, no one is the winner. It would have been a lot more manageable to go for £30, then £20, then £10, so the businesses have got time to adjust over a period of time. This £2 stake has been very draconian."

But he doesn’t believe it is all doom and gloom, as online gambling can continue to shine through, at least for the time being.

He adds: “The market will continue to grow because of the use of mobile phones and we’ve got 5G coming out at some point in the near future, which will speed up the whole process and allow better streaming of live games.”

Away from the FOBT debate, another area Bartlett speaks passionately about is the use of crypto-currency within the world of gambling. Here, he is not entirely convinced.

It has been reported around 4,000 people in Sweden have chosen to have microchips implanted as a way of payment, a very futuristic alternative to using cash or bank cards.

Despite the very impressive strides technology is making though, Bartlett doesn’t see the likes of Bitcoin and other crypto-currencies taking over any time soon.

He says: “Any businesses need a bank account to survive. The problem with crypto-currency is the moment you start to trade in crypto-currencies the major clearing banks will close your account. The banks are concerned about hefty fines being imposed through the money laundering regulations and crypto is too opaque to meet the stringent regulations.

"However, I do feel Facebook’s cryptocurrency, Libra, will be successful. It overcomes all the reasons Bitcoin has not gone mainstream. Facebook has managed to sign up 27 partners, including PayPal Visa, and Mastercard, its value is created on a basket of currencies so will be less volatile.

“People will think of its value as a Libra rather than what it’s worth in dollar terms.  Add to that the two and a half billion people who use Facebook’s apps and you can see this will be really big.

"The question is this: will they allow gambling companies to use Libra?"

It’s difficult to predict where the industry will be in the next few years, but Bartlett believes operators within the UK will very much carry on feeling the pinch.

“One potential trend is certainly more regulation, isn’t it?” he quips.

“In all seriousness, people have said to me the future depends on the government we are likely to get in the UK; but I don’t think it makes any difference. There’s been a lot of negative sentiment towards the industry with the current government. It’ll be business as usual for whoever is in power.

"As one bookmaker said to me last week: ‘I have voted Tory all my life and they have put me out of business, what more can a [Jeremy] Corbyn government do that is worse than that?’ Not a sentiment I share but you can understand why he said it."