Analysis: The gambling industry needs the Football Association to grow a backbone

Yerry Mina is the latest football player to be charged by the Football Association (FA) in relation to a breach of betting regulations. The Everton player reportedly appeared in a betting advert in his home country of Colombia earlier this year. 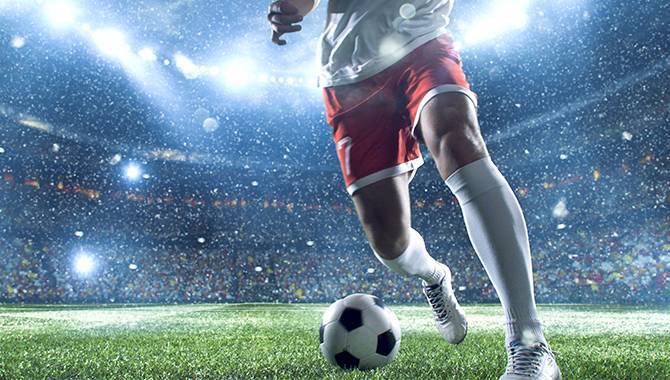 It is yet to be seen whether or not he will be punished, as he still has time to respond to the charge. But will his potential charge be severe? Ha, behave yourself.

Take a look at Daniel Sturridge, who was also found guilty of breaching betting rules. The former Liverpool and Chelsea striker was recently banned from playing football for six weeks, (four of which were suspended), and fined £75,000, after his cousin bet £10,000 on the forward joining Inter Milan in January 2018. The bet lost, as Sturridge instead joined West Bromwich Albion on loan that month.

Sturridge is currently without a football club, having been released by Liverpool at the end of last season. That means his two-week suspension gives the 29-year-old an extended holiday with a minor slap on the wrist.

The fine is laughable, for a player who was picking up £120,000 per week last season.  What is the point here? Sturridge was even willing to pay out £30,000 to £40,000 for his missing dog last month. The fine is completely redundant.

When I was 15 years old, I was fined £30 and banned for three weeks for foul and abusive language towards a referee (I've mellowed somewhat since). The fine hurt me, as that was my paper round money for two weeks, but the suspension was also pointless.

Why, you ask? Because it stretched across over the Christmas period when my football club had no fixtures. I really didn’t learn any lessons here, so do you think Sturridge has? I’m sure he can cope without a week’s wage while basking in the sun in his apartment in LA. Nine out of the11 charges against Sturridge were dismissed anyway.

So who does this reflect badly on in the end? It is, of course, the gambling industry.

The bookmaker accepted the bet through a family member of Sturridge’s – I’m not quite sure how this is meant to be avoided or monitored in any way for starters.

How is an operator meant to prevent a normal bet from being accepted? I’m pretty sure the account used wasn’t under Sturridge’s name or address. I’m also convinced if you lined up professional footballer's cousins, you wouldn’t be able to guess who was related to whom. So why would you expect a betting cashier to know this information?

Stories like this are often flipped around to reflect badly on the industry rather than the individual at fault. The whole scandal was an underhand move by Sturridge and the individual who placed the bet. The bookmaker was doing its job and will still be punished for it by sections of the media.

This is where the FA can step in and make sure the individual isn’t placing the bet in the first place.

The bookmaker had accepted the bet through a family member of Sturridge’s in the first place, so I’m not quite sure how this is meant to be avoided or monitored. The gambling industry requires support in situations like this.

This is where the FA should be making an example out of Sturridge, to make sure other professionals don't follow suit.

A measly £75,000 for a multi-millionaire isn’t going to break him in any way, shape or form. His suspension finishes on 31 July, before a ball has even been kicked in any of the English domestic leagues. He will have missed nothing meaningful.

By dishing out one of the most pointless bans I’ve ever come across, the FA clearly don’t want to make an example out of the England international,  for whatever reason. But until they do decide to take action, this kind of behaviour among other professionals using information for financial gain is unlikely to stop.

The gambling industry is always under scrutiny and the last problem it needs to deal with is professional athletes betting.

The answer is simple. Maximise the fines and make them relevant to a player's wages, suspend them for months rather than weeks and we will no longer see this kind of issue within the game or the industry.

Now if I can come to this conclusion, why can’t the FA? It’s time to take responsibility.