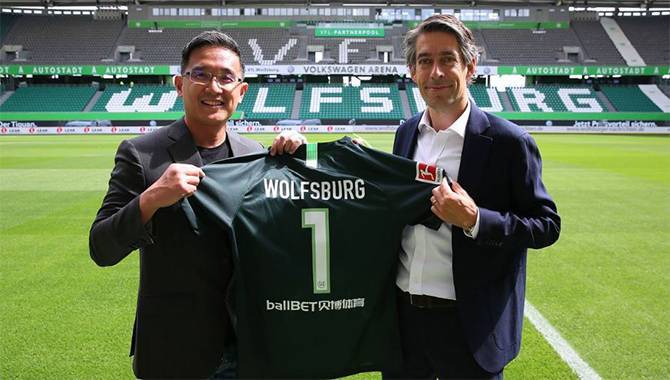 German Bundesliga football team Wolfsburg has confirmed Ballbet as its new official Asian betting partner for the next two seasons.

Ballbet will have access to Wolfsburg’s perimeter advertising at the Volkswagen Arena and be part of social media campaigns in the Far East.

Michael Meeske, Managing Director at Wolfsburg, said: "We’re looking forward to an active and successful partnership for the Asia region, which is home to over four billion people and the most populous continent in the world."

King Ng, CEO of Ballbet, said: "We are very excited to partner such an established club that shares our values and ambition in providing the best experience for fans.

"All eyes will be on Wolfsburg, who have qualified for the UEFA Europa League next season, and we are very proud to be part of this worldwide family of passionate fans."

Betfred will be the front-of-shirt sponsor, as well as having access to a tailored package of rights which will feature digital activation opportunities to Mallorca’s football fans.

Fred Done, Co-Founder of Betfred, said: "The agreement with RCD Mallorca is the first partnership we have made outside of the UK. I’m delighted with the agreement and I feel we are joining a club that continues to grow and look forward to being part of an exciting season ahead."