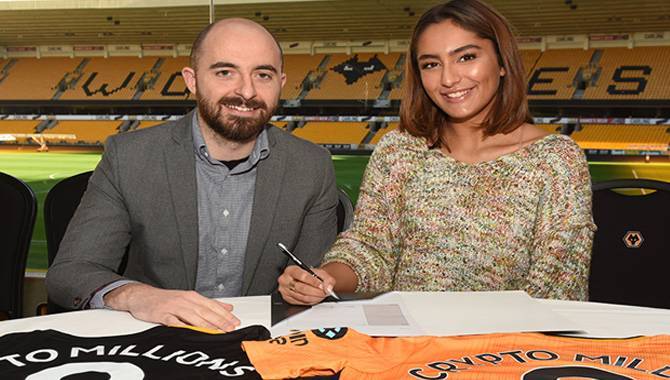 Crypto Millions Lotto is confirmed as the official online lottery partner of Wolverhampton Wanderers, the first agreement of its kind.

The operator said it sought out this partnership to help introduce its brand to global audiences, particularly across Asia, Latin America, Canada and Russia.

Steve Morton, Head of Commercial at Wolves, said: "We are excited to develop our relationship, which will see the Wolves brand reach new audiences in Eastern Europe and South America."

Sulim Malook, Crypto Millions CEO, said: "Wolves’ success last year has put the club’s name on the world stage in a sport that is by far the most watched on the planet.

"As a company, we are big football fans, and Wolves is the most crypto-friendly club in England. They were an obvious choice."

Wolves added CoinDeal branding to its sleeve in 2018 and later renewed that deal to run through the 2019/20 season.

In June, Watford secured sponsorship from Sportsbet.io. This made the operator the first crypto-currency sportsbook to appear on the shirt of a Premier League team, in a deal described as the largest in the football club’s history.

It’s hard to ignore the Betting and Gaming Council’s (BGC) persistence in urging the UK Government to finally reopen its member’s casinos. The gambling industry body has tirelessly voiced its disappointment, at...