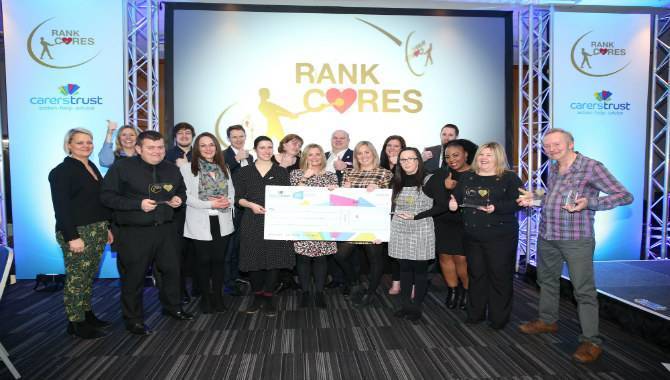 Rank Group has extended its partnership with Carers Trust into 2021, with the goal of helping unpaid carers in the UK. Gareth Howells, Carers Trust’s CEO, expressed gratitude towards the UK-based casino operator. He said: “On behalf of those unpaid carers, and everyone at Carers Trust, I’d like to offer our heartfelt thanks to Rank’s employees and customers for all their generosity and tireless commitment to going the extra mile to support unpaid carers.”

Over the six years of active partnership, Rank has raised £2.6m ($3.3m) which benefited close to 12,000 unpaid carers by providing grants via local charities. Rank raised £300,000 over the last year alone. Since April of this year, the group has raised £77,500. One of the bigger contributors was Meccabingo.com with a Christmas fundraising drive that raised £39,000.

As part of its agreement with Carers Trust, Rank donated its sponsorship logo placement on Ipswich Town FC’s kit to Carers Trust for the 2020/21 season. The shirt is a special edition to commemorate forty years since the team won the UEFA Cup Final. During the pandemic lockdown, the money was raised with a selection of challenges like 'Walk the UK.'

Rank CEO, John O’Reilly, said, “We are committed to continuing this high level of support with our colleagues across the Group inventing ever more ingenious ways of raising money for this marvellous charity. Thank you to all our colleagues and our customers for your amazing efforts and long may it continue.”