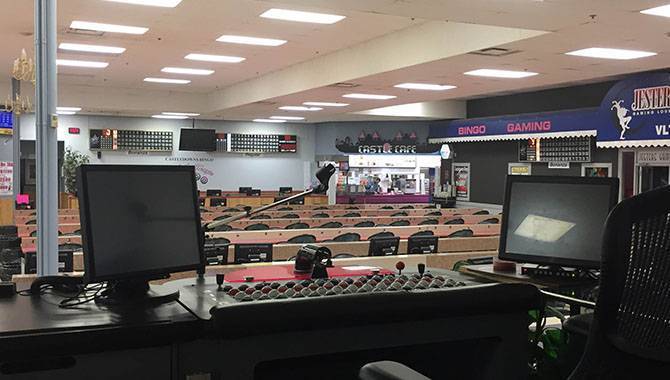 Alberta’s bingo halls are preparing for potential re-opening should Covid-restrictions be further eased in the province, reported Calgary Sun. Casinos, racetracks and bingo halls were originally scheduled to resume operations at the beginning of March, but openings were pushed back to Step 3 of Alberta’s reopening program, which is slated for the end of March.

“We want to make sure we’re still being cautious,” said Brenda Pope, manager of Edmonton’s Castledowns Bingo Hall (pictured). “So the new normal is going to be much different than the old normal.” She added the halls will still need to enforce strict safety precautions, including sanitising and temperature checks, despite the level of immunisation among the majority of citizens.

CEO at River Cree Resort and Casino Vik Mahajan said the venues are ready to open as soon as possible. According to him, video lottery terminals were closed for about 160 days due to pandemic restrictions, while table games were closed for approximately 200 days.

Head of Bingo Alberta John Szumlas stated they are holding virtual training for staff so they are up to date with Covid-19 protocol, but admitted he expects hesitancy even once the halls are open.

The Alberta government expects CA$1.25bn ($987.3m) in gaming and lottery revenue for the 2021-22 fiscal year, after the CA$527m in revenue for 2020-21, down from the CA$1.4bn that was estimated prior to the pandemic. Mahajan said the goal is feasible, mostly because there’s a pent-up demand in the gambling industry.