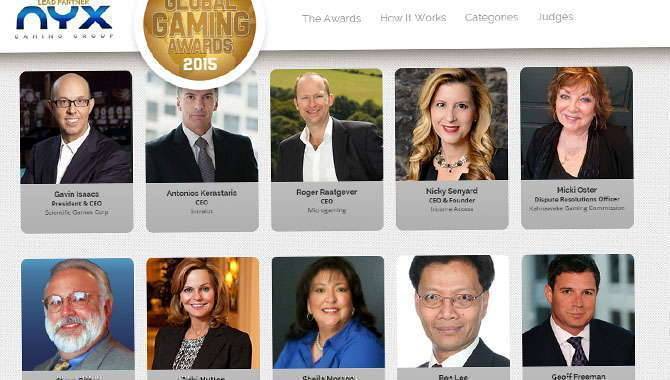 By Tom Lewis
The judging line-up for the Global Gaming Awards 2015 has been completed.

A total of 50 leading industry executives have agreed to cast judgement on 120 nominees in twelve categories as part of the 2015 Awards, and will select a winner and runner-up from the ten companies or individuals in each category.

The judges themselves cover a diverse range of sectors and geographies across both the online and land-based industries.

Among the new judges on the Panel for 2015 are OpenBet CEO Jeremy Thompson-Hill, Scientific Games CEO and president Gavin Isaacs and Betfred CEO John Haddock.

With the shortlisting process now completed across the twelve categories, successful firms and individuals are currently being contacted with the news of their nomination.

All shortlisted firms will appear in a special Global Gaming Awards Shortlist publication to be distributed at this year’s G2E Vegas show, alongside having the opportunity to win one of the coveted awards.

The winners will be announced at a prestigious presentation ceremony during G2E Vegas.

For more information on the Global Gaming Awards go to www.globalgamingawards.com
DISCUSS THIS ARTICLE