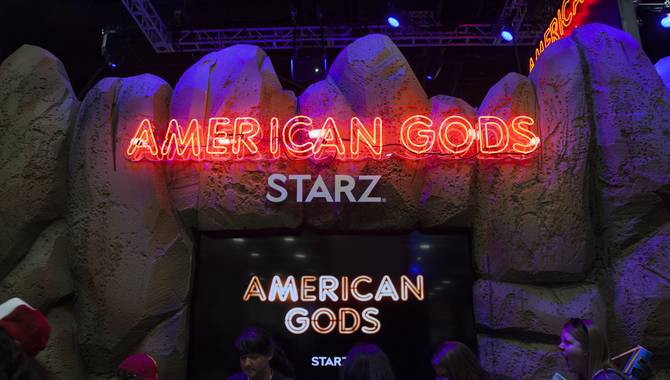 Skyrocket Entertainment has acquired the international gaming rights to TV series American Gods, and will develop the brand into content and products through its newly launched Skyrocket Studios division.

American Gods, a fantasy drama produced by Fremantle and distributed by Amazon Prime Video, is an Emmy Award-nominated show, based on the 2001 novel by Neil Gaiman. Initially adapted by Bryan Fuller and Michael Green for the premium cable network, Starz, the show’s popularity increased after transferring to Amazon’s platform.

The game will be developed in conjunction with Bang Bang Games, the studio behind popular titles such as: Deal or No Deal, Dumb and Dumber, and Austin Powers. American Gods will be transformed into an online gambling slot game, themed around several of the storylines seen in the show. A range of features will be present, such as four base game bonuses, in addition to a host of other prizes.

Sean Kelly, Skyrocket CEO, commented: “We are excited to launch Skyrocket Studios, the world’s first games studio to specialise solely in premium branded games. American Gods is loved by audiences worldwide and we’re thrilled to be opening this up to new audiences through the gaming market. The first of many more super brands to come.”

The deal was struck between Kelly and Fremantle’s Angela Hueber, Vice President, Commercial and Licencing, with production already underway and delivery expected later this year.

The announcement also included the launch of Skyrocket Studios, a new games studio focused solely on transforming the biggest brands from the TV and film industries to gaming. Its ambition is to deliver up to 20 premium branded slot games per year. The launch also sees the appointment of Adam Howland, former Gibraltar Deputy Head of Gaming, bet365, who will join as Head of Sales.

Skyrocket Entertainment launched in 2018, and currently holds the international gaming rights to 75 features films, including Rambo and The Expendables.