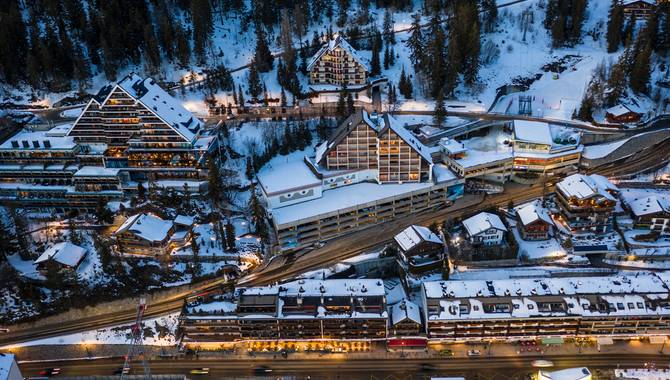 Through the acquisition of shares held by France’s Partouche, Circus Casino has entered the Swiss market.

The operator now possesses a 57.24% stake in the Alpine property, with the remaining percentage owned by the communes of Crans-Montana, Lens and Icogne, as well as the Ispar Holding group.

Circus Casino already owns and operates seven gaming establishments in France, alongside a club in Paris, but via this recent transaction, has extended its presence to Switzerland.

Located in the canton of Valais, Crans-Montana is a small town primarily known for its ski resort. The casino was founded in 2000 and has 53 employees. It offers both slots and table games, generating approximately CHF 15m ($16.3m) in 2019.

While this is a first for Circus, its owner, Belgium’s Ardent Group, became the majority shareholder of Swiss property Casino Davos in October 2021. As a result, the group is now well positioned for growth.

“We are proud to announce the acquisition of shares in the Crans-Montanta casino, a fantastic land-based establishment which has gained a great reputation and many loyal clients over the years,” remarked Sébastien Leclercq, Country Manager at Circus Casino France.

“This transaction is representative of Ardent Group’s ambitious plans and underlines the growth strategy of their brand Circus as a major actor in land-based gaming halls and casinos.”

While this acquisition bolsters the group’s land-based footprint in Switzerland, Gaming1, which is linked to Circus Casino France, intends to develop an omnichannel offering for Swiss players through the Circus.ch site.