Playtech and Betfred team up for horseracing-themed bingo game launch 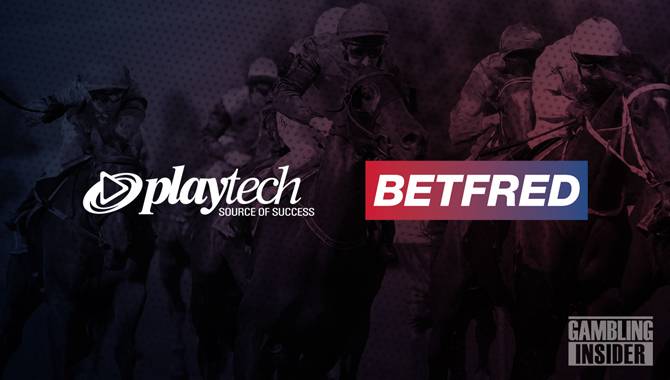 Coming hot on the heels of last week’s Cheltenham Festival, Giddy Up Bingo is a 50-ball, multi-stake variant designed to simulate an actual horse race.

Within the game, numbered horses and jockeys replace traditional bingo balls, with the mounts and their riders galloping off screen as the numbers are called.

Players can pick one of four horses, each representing a different ticket price, with proportionally increasing prizes depending on the stake. The game will be available exclusively for Betfred players.

Joni Keelings, Bingo Manager at Betfred, commented: “We’re very proud to offer Giddy Up Bingo as an exclusive, and there has been a highly positive player reaction to its launch.

“To be able to work closely with Playtech to deliver something unique for our players adds great value to our partnership, and we’re delighted with the results.”

It’s no coincidence that they chose to debut this new game now. Cheltenham is one of the biggest events in British horseracing, and is closely followed by the Grand National in April.

Playtech’s Director of Digital Bingo Angus Nisbet touched on this, saying Giddy Up Bingo had received a “strong early reaction,” but also expressed his belief in the game’s sticking power.

“Our development team has done a fantastic job with Giddy Up Bingo, and we’re delighted to have partnered with Betfred to bring it exclusively to their players,” said Nisbet.

He added: “With horseracing season in full swing, it’s no surprise to see such a strong early reaction to Giddy Up Bingo — but we’re confident this is a variant players will enjoy all year round.”