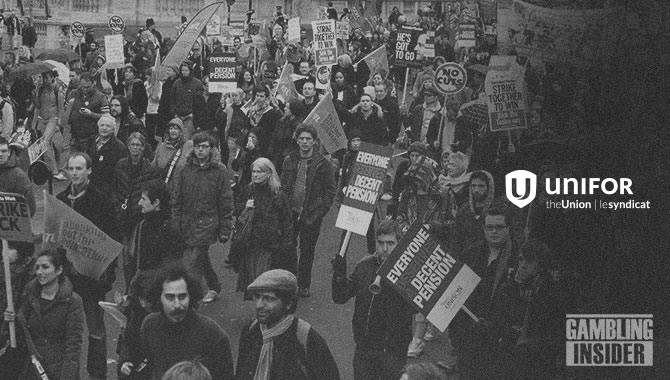 Casino workers in Ontario have voted to strike if new contracts are not agreed by Friday 22 July.

Canada’s most populous province could see over 1,500 employees across eight properties walk out later this month if new agreements are not reached.

Unifor, a Canadian trade union representing casino workers in Ontario, is currently engaged in negotiations for improved wages, benefits and pensions for members who work at table games, slots and security, among other roles.

The union is also seeking to convert part-time or so-called “casual” positions into full-time roles, thereby increasing “the share of good, stable jobs.”

“Our goal at the bargaining table is to share some of those gains with the workers who make casinos successful.”

These are run by Great Canadian Gaming Corporation (GCGC), which was acquired by an Apollo Global Management affiliate last September.

“We value our customers and the relationships we’ve built with guests over the years,” he remarked. “Good wages and benefits translates directly into job satisfaction and that’s good for business.”