Gambling Insider is delighted to announce that the full Shortlist for the Global Gaming Awards Asia 2022 is now available to read. 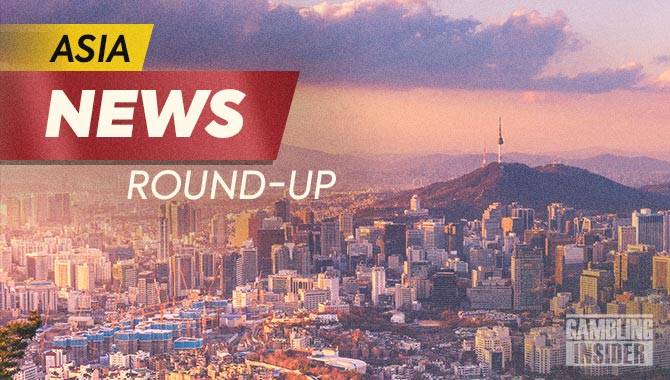 For the past nine years, the Global Gaming Awards have been – and continue to be – the most trusted and prestigious Awards in the gaming industry, celebrating the leading companies and most dynamic individuals to have made their mark in the industry over the past 12 months.

“As you will see in the Shortlist, Covid-19 did not stop suppliers across APAC from developing new products or improving existing products,” said Julian Perry, Editor-in-Chief of Gambling Insider.

“Meanwhile, a lot of operators announced major renovation or expansion plans. It’s also fascinating to see how much certain markets, such as Singapore and the Philippines, have grown”

The winners will be announced at a virtual ceremony on 22 August at 5pm Singapore/Macau/Philippines time (10am BST). The event will be streamed on globalgamingawards.com/asia and Gambling Insider’s LinkedIn page.

Macau residents looking to travel to its neighbouring region, Zhuhai City, will now be exempt from the seven-day quarantine law imposed across all of Macau and its surrounding regions.

Zhuhai is the gateway for Chinese tourists to enter, and come back from, a break in Macau. Per the law change, travellers moving to and from Zhuhai will still be required to present a negative Covid certificate issued within 24 hours of departure.

“A lot of Asia-facing operators announced major renovation or expansion plans this year. It’s also fascinating to see how much certain markets, such as Singapore and the Philippines, have grown” Julian Perry, Gambling Insider Editor-in-Chief

After arrival, all visitors are requested to avoid public transport and crowded places. This does not mean, however, that Macau’s own quarantine laws will be changing soon. China’s special administrative region only recently reduced its self-isolation requirements from 14 to seven days.

This was after the region moved from its post-Covid consolidation phase to a stabilisation phase. Macau has not recorded a positive Covid infection since 23 July 2022.

Judged yearly, GKL’s figures are up 278% from the same period in 2021. Although significant, this can be attributed to operations returning to much higher capacities following the cessation of travel restrictions related to Covid-19.

Table game sales were at KRW26.09bn, up 18% month-on-month, while machine game sales reached KRW2.52bn rising 10% sequentially. GKL operates three casinos under the Seven Luck brand in South Korea, two of which are in Seoul.

The operator is a subsidiary of the Korean Tourism Organisation, which has ties to South Korea’s Ministry of Culture, Sports and Tourism.

Table game sales were up 139% monthly at KRW24.90bn, while machine slot sales were down 5% month-on-month. Sales were, however, still up 28% year-on-year.

Table drop was up significantly, though, taking KRW235.49bn for July in what represented a monthly rise of 74%.

Paradise Co has venues in Seoul, Jeju and Incheon. These are the Walkerhill in Seoul, Paradise Jeju on Jeju Island and Paradise City in Incheon.

Both GKL and Paradise operate foreign-player-only casinos exclusively, as per South Korean law.