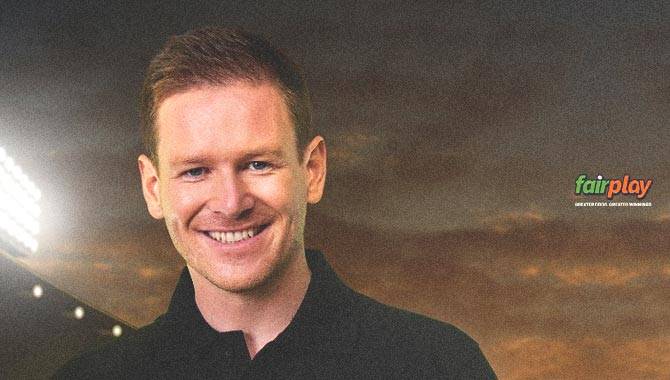 The 35-year-old sportsman, who captained England to victory during 2019’s ICC Cricket World Cup, has inked a multi-year partnership that will see him participate in several marketing initiatives.

Not only will Morgan appear in Fairplay’s international campaigns, but he will also take part in social media giveaways.

“I’m delighted to be joining up with Fairplay as global brand ambassador,” said Morgan. “They’re a huge platform and have some really exciting plans for the future, so I can’t wait to get started.”

The cricketer announced his retirement from international play in June, but during his career, has racked up an impressive record.

Morgan led England to its first-ever World Cup win in 2019, and is the only England captain to have scored more than four one day international (ODI) centuries.

He also played in the Indian Premier League (IPL) for more than a decade, which culminated in him captaining the Kolkata Knight Riders to a third final last year. Currently, Morgan plays county cricket for Middlesex.

Given this, Fairplay is likely hoping to capitalise on Morgan’s reputation, as a representative for the brand touched on, calling him “a renowned and leading sportsman.”

“We are super excited and welcome Eoin to our family. Eoin Morgan is a renowned and leading sportsman in India and the world over, and we look forward to an exciting partnership,” Fairplay’s representative commented.

This sponsorship was brokered by Project11, a sports marketing agency.