Macau: How the politics of the region is affecting its direction

Bloomberg APAC Gaming and Hospitality Analyst Angela Han Lee has given an update on the Bloomberg Intelligence division’s insight into Macau, and how contemporary politics is affecting the Chinese gambling hub. 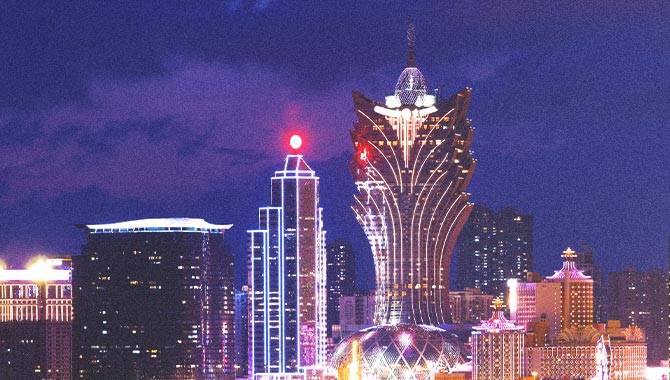 Speaking about ‘political risk’ at G2E Asia, Han Lee’s summation on behalf of Bloomberg comes amid the region’s recent Covid-19 lockdown, imposed by Beijing and its zero-Covid policy. This is a key factor behind the province's struggles in 2022, with many difficult Q2 results being published recently as a result.

However, Han Lee also spoke of other significant factors affecting the province.

One is China’s ‘common prosperity’ policy, introduced by Xi Jinping’s Government to stop the disparity gap between the wealthy and the poor, which is harming gaming corporations in Macau.

The problem with the policy for Macau is that several people in China saw huge returns in investment after the recent internet boom and are now keeping their wealth offshore – meaning VIP business volumes that Macau has previously relied on have decreased as a result. This is something the region has seen since before the pandemic began, and its resort casinos are now shifting towards mass gaming for revenue – as the VIP base heads for the pastures of Singapore and the Philippines to gamble.

Han Lee commented on this directly in her presentation, saying: "Macau’s casinos are trying to shift focus to the mass gaming segment, which has a higher margin.”

Meanwhile, another issue is the tax imposed on mass gamers and VIPs. At 40%, Macau has the highest tax rate of any gambling region in Asia; in contrast with places such as Singapore and Phnom Penh, which offer lower taxation in general for mass gamers and significant discounts on tax for VIPs.

Overall, Bloomberg painted a grim picture for Macau, though noted its returning and increasing mass gamer base will provide significant relief for the Covid-ravaged province in the near future.