Fujimoto: Japan's potential to be "one of the biggest” gaming markets 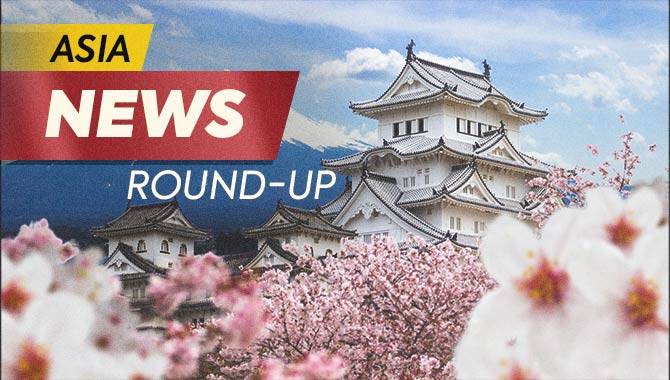 Can you enlighten us on the legality of Japan’s gambling market; how do companies operate in this grey market?

"I think the issue of legality in Japan was something that people in the industry chose to ignore, or at least they try to let it remain ambiguous because Japan is such an enormous market. The thing about Japan is that it is hard to grasp the actual market size because no one reports how much they are really making, and only the operator knows how much they've made themselves.

“We need to have more controls over where pokie machines are located and how many there are. Because we know they are in neighbourhoods where we already have high levels of deprivation, where people are struggling” Josephine Bartley, Auckland Councillor

"Personally, from what I have gathered, Japan has a huge potential to become one of the biggest markets in the world. We're talking about combining England and the rest of Europe, maybe even more. That's how big the Japanese market is or will be in the near future.
"With the close of the Chinese market during the Covid-19 pandemic, and the crackdown on junkets and updated gaming laws in Macau – every operator there is now looking to move into the Japanese market.”
The full interview will be available in the November/December edition of Gambling Insider magazine.

Suncity Group’s former Cage Director Ho Cheng I has told a court in Macau that she had no involvement in any activities that involved telephone betting.

Telephone betting at Suncity was linked to the company Universal e-city, which is said to have offered proxy betting services, acting as Suncity’s online gaming portal.

Ho was charged with illegal gambling, despite her claims that she was not involved in telephone betting.

All defendants from Suncity, including ex-CEO Alvin Chau, claim Universal e-City is a separate company that just shared good relations with Suncity.

However, evidence has indicted Ho after it was revealed in court that there was a wave of refunds in July 2020 from Suncity, after large swathes of people who had deposited funds into the junket wanted it back.

Ho claimed this is when Suncity established a Money Compliance Committee, including Chau, Lou Seak Fong and Loi Vincent.

But this is when the prosecution alleged that the company became involved in telephone betting activities.

Chau and his former associates continue to refute these claims.

"Personally, from what I have gathered, Japan has a huge potential to become one of the biggest markets in the world. We're talking about combining England and the rest of Europe, maybe even more"Mitsuya Fujimoto, Windstorm Media Communications Media Expert

Auckland Councillor Josephine Bartley has called for changes to the way the pokie machine industry is regulated in New Zealand.

Bartley said increasing the powers councils have to regulate the industry is necessary, with local authorities limited in what they can and cannot do to address the impact of problem gambling under the Gambling Act 2003.

A 2020 report to the Auckland Council’s Regulatory Committee found over half the people in the region seeking treatment for pokie machine gambling addictions were from south Auckland, where Bartley grew up.

“We need to have more controls over where pokie machines are located and how many there are,” said Bartley. “Because we know they are in neighbourhoods where we already have high levels of deprivation, where people are struggling.”

In October 2020, Auckland Council voted to retain its sinking lid policy for class four gaming machines in the region, meaning no new consents are issued for new venues, while preventing the pokies from one club from being transferred to another if it closes.