Xpoint is facing a lawsuit from competitor GeoComply over alleged patent infringement. 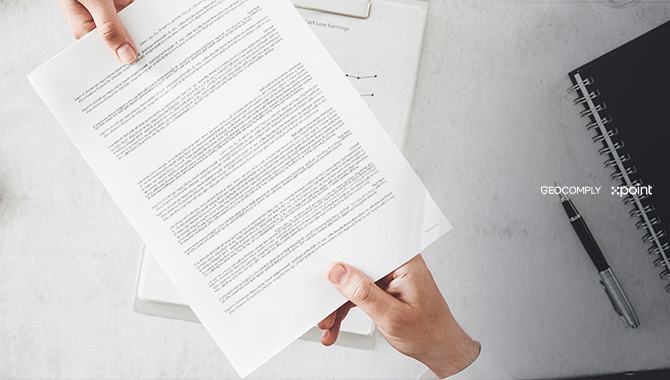 The latter claims that Xpoint violated US patent No 9,413,805 for a so-called “geolocation engine” invented by GeoComply CEO and Co-Founder Anna Sainsbury.

If this is true, GeoComply’s lawsuit may be an attempt to scare off the competition. Xpoint said this comes after a number of public announcements confirming that its “geolocation technology is now live in both the USA and Canada.”

The patent in question, meanwhile, is for a “service that allows providers, such as a provider of network gaming services, to securely and reliably determine user or player location.”

It goes on to read: “The present invention provides a secure method for determining a geolocation using an algorithm within a secure wrapper.

“The algorithm assesses multiple single sources of geolocation data to derive a more reliable calculation of a digital user’s location.”

Xpoint was originally formed in 2019 and officially unveiled in October 2021 at G2E in Las Vegas. GeoComply, meanwhile, was formed in 2011.

Going forward, Xpoint “will not make any further statements on this matter until such time as the legal action has concluded.”

Patent infringement claims are not incredibly uncommon in the world of iGaming. Earlier this year, a judge dismissed Sightline Payments’ legal case against Everi Holdings, which concerned similar allegations.